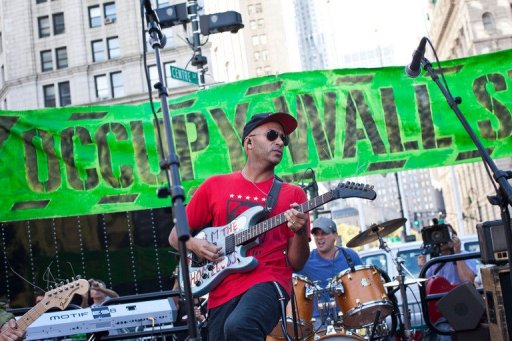 At least 20 people were taken into custody at one entrance to Wall Street, according to AFP reporter at the scene.

At another entry point to the stock exchange, at least eight more were detained, representatives of the National Lawyers Guild at the scene, told AFP.

Others were arrested when they started moving from Zuccotti Park, the birthplace of the Occupy movement, toward Wall Street as police on horseback blocked side streets, an AFP reporter observed.

Marchers then reappeared on Broadway in an attempt to disrupt the morning commute. Around Wall Street, meanwhile, protesters had split into four groups.

“We are sending the message that Wall Street bankers cannot go to work every morning without thinking what their institutions are doing to the country,” Occupy spokesman Mark Bray told AFP.

The protest movement has seen a steep drop in support since it was founded a year ago, when hundreds camped in Zuccotti Park to rally against bank bailouts and what they called the ruling “one percent.”

Early Monday, roughly 200 demonstrators — monitored closely by a throng of police — gathered outside the park carrying signs that read “Get money out of politics” and “We are the 99 percent.”

“We are here to raise our voices against Wall Street greed,” spokesman Bill Dobbs told AFP.