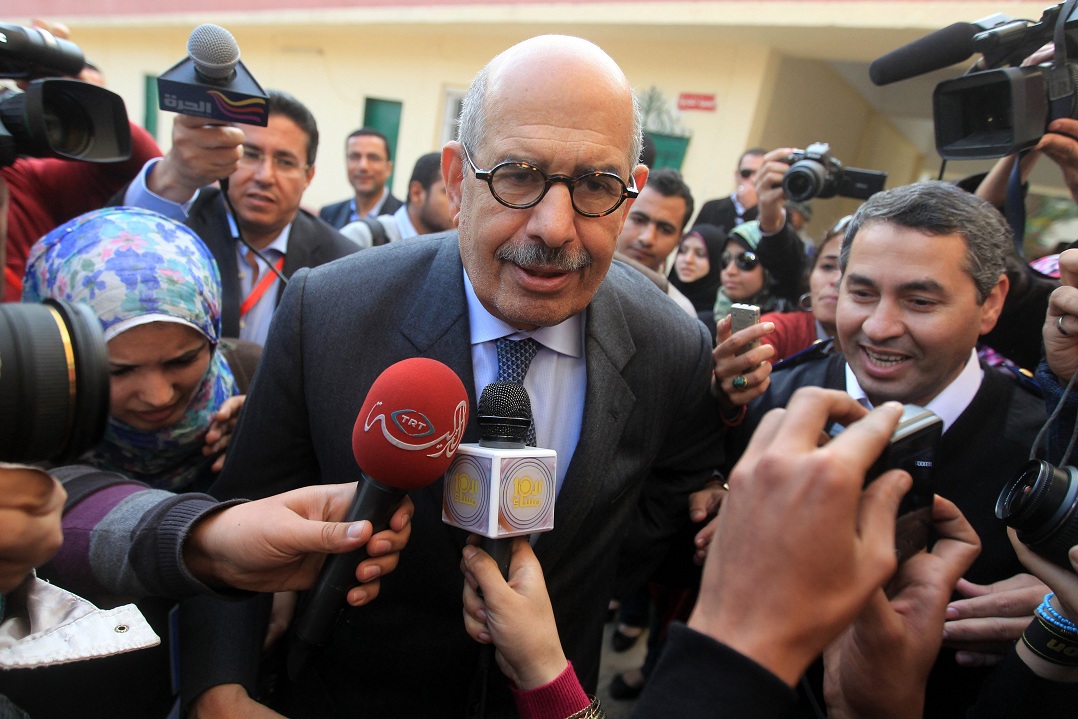 The new Al-Dostor Party announced on Sunday that they had received official recognition from the Committee on Political Parties.  This means that the party led by Mohamed ElBaradei, ex-head of the International Atomic Energy Agency (IAEA), has “a legal personality and shall be entitled to engage in political activities,”  according to a decree issued by the Supreme Council of the Armed Forces (SCAF) that outlined the process of party formation in the post-Mubarak era.

Al-Dostor is positioning itself as the antidote to the Islamist versus Mubarak-era dichotomy that defined this summer’s presidential runoff election. Al-Dostor says it seeks to build a broad base and focus on constructive political engagement with other parties.  Their famous interim-leader ElBaradei states on their website that the party hopes to ensure freedom, social justice, and human dignity for all Egyptians and that Al-Dostor will defend “the principles and the objectives of the revolution.”

One of the party’s organising committee members, Walid Jibril, said he could not be precise about Al-Dostor’s next steps because they are still in the process of building up the party.

Osama Samir, who works for Al-Dostor in north Cairo, said, “Al-Dostor represents all segments of society,” and stressed the need to make its presence known on the street.

This street presence is often cited as one of the biggest causes of the ruling Freedom and Justice Party’s (FJP) electoral success.

The FJP went out of their way to welcome Al-Dostor’s official creation. Ali Khafagi of the FJP youth was quoted on the party’s website saying of Al-Dostor, “I hope it will form strong worthy competition that will serve the country and the people in the upcoming parliamentary elections.”

FJP head Essam El-Erian was quoted as saying, “we welcome Al-Dostor Party and its contribution to partisan life. Egypt deserves the energy and good endeavours of all its citizens.”

This is a different tone from El-Erian, who less than a month ago ripped into leftists.  El-Erian said on Twitter that the left was failing because their “neglect of the role of religion,” among other faults.  The tweet went on describe the “contempt, elitism and arrogance” of leftists.

Meanwhile, there was activity from a different camp on Egypt’s political battlefield.  On his official website, runner-up in the presidential election Ahmed Shafiq announced that he will be heading a new party called the Egyptian National Movement.

Among its members will be Mubarak-era notables, such as former head of the press syndicate Makram Mohamed Ahmed and former National Democratic Party member Ehab Adel Ramzy.

One interesting addition to the list of founding members is constitutional scholar Ibrahim Darwish. When contacted to comment on his involvement with the Egyptian National Movement, Darwish said he was ill and could not speak to that point.

Representatives at the new party’s office stated they have submitted their application documents to the Committee on Political Parties and announced that a press conference will be held on Tuesday to further outline the party’s goals and platform.

Shafiq is planning the creation of a new party as he faces an arrest warrant in Egypt. The ex-prime minister faces charges of profiteering, forging official documents, and appropriating public land and funds.