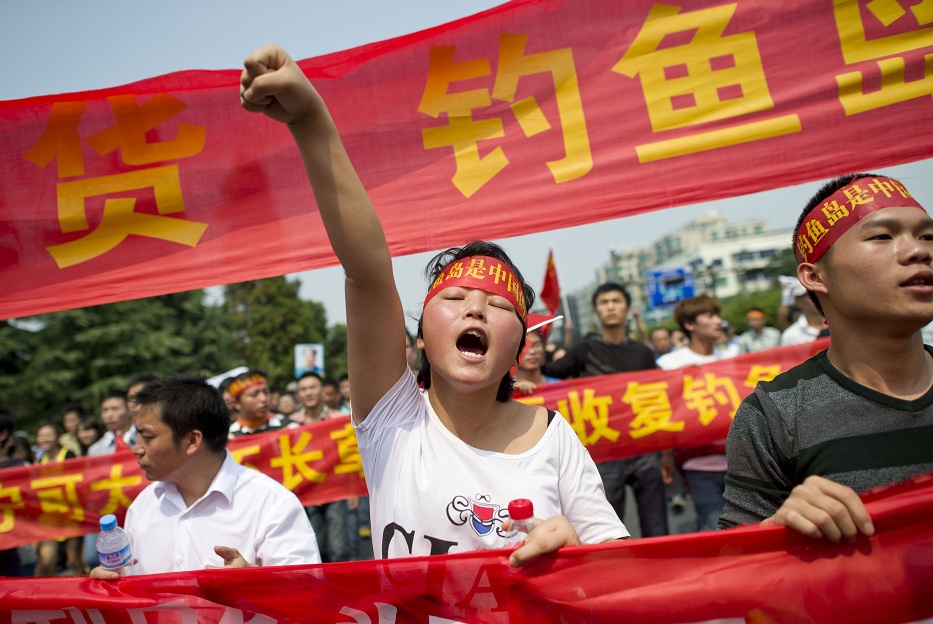 Anti-Japanese rallies continued across China on Tuesday, as thousands of people congregated in various cities to protest Japan’s claim over a small group of Islands known to the Chinese as Diaoyu islands. As protests escalated and occasionally turned violent in China, Japanese businesses suffered.

Several Japanese businesses across China have temporarily closed and sporting teams from both countries have either pulled out or been expelled from certain competitions.

Japanese auto firms including Toyota, Honda, Mazda and Mitsubishi have closed their factories and some have recalled their Japanese employees due to rising anti-Japanese sentiment and reports of arson. Many Japanese restaurants also closed their doors for fear of vandalism.

According to Reuters, two Japanese activists also landed on one of the disputed islands, sparking Beijing to lodge a complaint with Tokyo, promising China could “take further action” if provocations continue.

“The unlawful landing of the Japanese right-wingers on the Chinese territory of the Diaoyu islands was a gravely provocative action violating Chinese territorial sovereignty,” Chinese Foreign Ministry spokesman Hong Lei said. Reuters reported a large flotilla of 1,000 Chinese protesters was headed to the island on Tuesday.

China also banned a Japanese cycling team from participating in the Tour of China competition and Chinese badminton players pulled out of the Japan Open.

United States Secretary of Defence Leon Panetta reiterated his call for calm and restraint during his visit to China. While Washington claims it does not take a side in the dispute, Japan’s claim on the island relies heavily on the fact that Japan administrated the Islands after 1972 when the US handed over the islands they had occupied during World War II.

In Japan, a group of protesters gathered in Tokyo’s Shibuya district on Tuesday to hold a counter-protest. The Wall Street Journal estimated 50 people attended, brandishing the Japanese flag and listening to speakers on top of a van reiterate the importance of Japan’s sovereign claim over the islands.