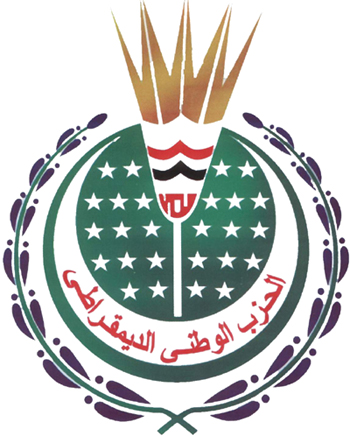 There are currently 77 former NDP members of parliament in the coalition, which will attempt to gather at least 200 members, according to Nafady.

“We have members of parliament from the 1995 parliament all the way to the 2010 one, a majority of whom belong to the National Democratic Party, as it used to dominate parliamentary politics before the revolution, when there weren’t any strong opposition parties,” said Nafady.

“They are from the opposition wing inside the party, however. There are also some members and political leaders who ran in elections but did not win,” he added.

Protesters burnt down the National Democratic Party’s headquarters on 28 January 2011 during the uprising that ousted its leader, former president, Hosni Mubarak. A court ruled to dissolve the party in April 2011 and the state seized all its funds and assets following Mubarak’s ouster.

The coalition currently has no plans to turn into a new political party because, according to Nafady, “parties are limiting since members have to deal with things like party discipline and party leaders always monopolise decision making.”

Instead, the coalition will be a loose alliance and will run only for independent seats rather than those reserved for party lists.

When asked about sources of funding, Nafady said members have been individually and personally paying for the costs of meetings held, two so far, and that each member would finance their own electoral campaign.

“These people are experts, they ran for parliament before, they know how to finance a campaign. They will contribute to a central fund in order to help some of the members, however,” said Nafady.

Nafady said the coalition would not discuss alliances with other parties and coalitions until they reach their 200-member goal so that decisions could be taken democratically.

“Our aim eventually is to have one large list or coalition of civil parties facing off against a wide Islamist coalition so we can have peaceful and frequent transfer of power,” said Nafady.

He added that the coalition was not against the existence of political parties with a religious background as long as those parties did not try to change Egypt into a religious or theocratic state.

“We believe, however, that the Muslim Brotherhood should be dissolved. Now that they have the Freedom and Justice Party to practise politics through, they no longer need the Brotherhood which has no legal or constitutional basis,” he said.

“Similarly, the Salafis must refrain from political activity now that they have the Al-Nour Party, the Authenticity Party and a number of other Salafi parties,” he added.

According to Nafady, members of the alliance will hold a large, “almost global,” press conference towards the end of September or by the beginning of October to announce its official formation and platform.