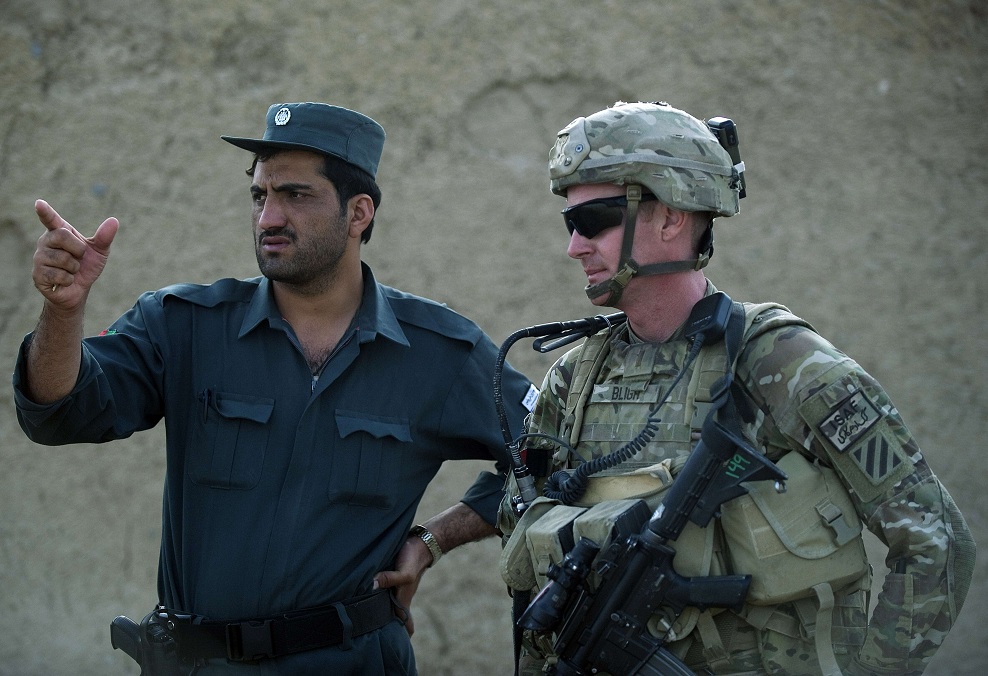 Chris Riley, a NATO spokesperson, told Daily News Egypt that measures had been taken to “limit the risk to our (ISAF) troops.” Riley stressed the ISAF Security Force Assistance model, applied to the battalion level and higher, would still be ongoing and that operations on a lower level were also still taking place with a case-by-case approval by a two-star regional commander.

Media outlets around the globe began reporting the announcement as being made by Washington, a claim Riley refuted. “The decision didn’t come from Washington,” Riley said. “The decision would have been made in theatre [of combat] by the ISAF commander and his Chief of Command staff.”

There is a difference between operations on the ground, carried out in cooperation with local Afghan troops, and the actual training of Afghan soldiers. Riley explained that as such, training was not affected by the decision and NATO troops are still in the process of training Afghan security forces at a combat level and above.

The scaling down of joint operations is “temporary in nature” and NATO is determined to “remain partnered with Afghan troops and the chiefs of police,” Riley said.

The decision to tone down joint operations comes amid growing fears of insider attacks, and the violence sparked across the world in relation to an anti-Islamic video, Innocence of Muslims. On Tuesday a suicide attack on a minibus in Kabul killed 12 people, nine of whom were foreigners. The attack was claimed by a group known as Hezb-e-Islami, who called the attack retaliation for the film.

“A woman wearing a suicide vest blew herself up in response to the anti-Islam video,” the Guardian reported Zubair Sediqqi, spokesperson for the group, saying. The attack was reportedly carried out near the Kabul airport by a female member of the group. The Guardian reported the attack was the first to be carried out by a woman and that most of the victims were South African or Russian pilots working for an international courier company. The attack reportedly took place as the minibus stopped to refuel. The airport is located within city limits where checkpoints are heavily monitored by police, further highlighting the ability of such groups to pass by checkpoints undetected. The attack was the second suicide attack in Kabul in ten days.

This is the latest incident of recorded violence which the movie has sparked. On Monday, thousands of protesters were confronted by police in Kabul, which led to the largest violent outburst in the country since Qurans and other religious texts were burned by US soldiers in February. Cars were set ablaze and rocks thrown as security forces struggled to contain the mob’s anger.