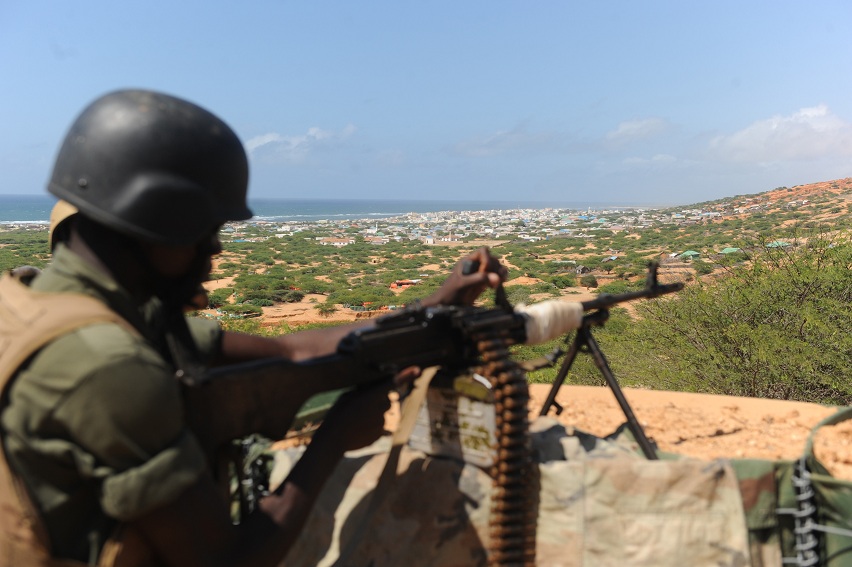 On Tuesday an exchange of propaganda took place between Somali government troops and Al-Shebab rebels as southern Somalis brace for a promised offensive to take Kismayo, the largest stronghold in Somalia held by the rebels.

Sources told the BBC that rebels are fleeing the city, with a Somali general saying, “In the last battles [on Saturday and Monday] we defeated al-Shebab’s defence forces and they ran away and we are chasing their remnants.”

However, the militant group’s twitter account reassured followers that the rebels are prepared to defend the city.  They even claim to have downed a Kenyan plane.  The Kenyan military is one of the most active partners in the African Union’s force in Somalia.

The decades long civil war continues to inflict a massive toll on civil institution.  Noticeably in 2012, the press in Somalia have seen record losses.

The National Union of Somali Journalists (NUSOJ) announced Sunday the death of Zakariye Mohamed Mohamud Moallim in Mogadishu, Somalia. Moallim’s death marks the ninth instance of a journalist being killed in Somalia this year.

Abdurashid Abdulle Heieda, secretary of training for new journalists at the NUSOJ, told Daily News Egypt from Mogadishu, “the Somali journalists are working in a very precarious position.”

“They are targeted because of what they write, and what they say also,” said Abdurashid, adding there is no way to identify the assailants because after committing the killings, “they disappear.”

“If the situation is worse in 2012, I would say it is because of the high climate of impunity,” said Ambroise Pierre, head of the Africa Desk at Reporters Without Borders. “We have been saying for years, that the government should do something, and when they don’t, things automatically get worse.”

“If you never catch the perpetrators, and you never investigate the killings – then people think they can attack journalists totally freely.”  Pierre said the Transitional Federal Government (TFG), which controlled Somalia until a new government was formed this summer, did nothing to protect journalists, or pursue their killers.

Abdurashid said most journalists, international and local, live in Mogadishu, the capital reclaimed from Al-Shabab militants in August 2011. But even this offers little security. Journalists are killed and injured in attacks throughout Somalia, including the capital, which is supposedly under government control.

“It sounds almost worse than before,” said Pierre. “With the killing on Sunday, we record nine journalists being killed this year, which is the same as 2009, which was the record.  We are already there, so we fear that 2012 could become the deadliest year for the press.”

Pierre summarised the situation bluntly, “It is the deadliest country in Africa for journalists.”