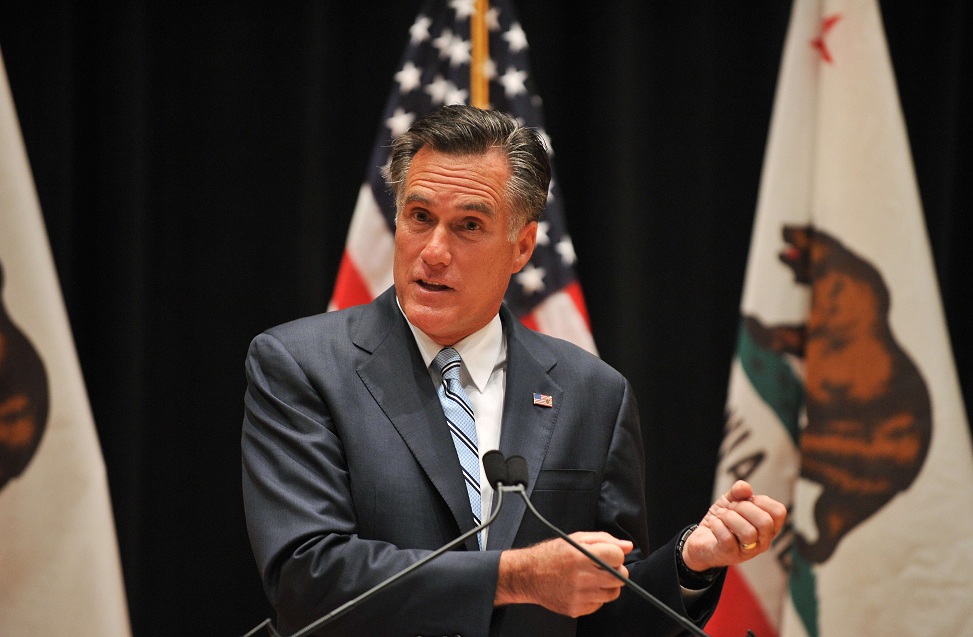 Romney, filmed secretly at a private fundraiser, told donors “the pathway to peace is almost unthinkable to accomplish.”

West Bank borders would be very close to Tel Aviv, diplomatic and financial centre of Israel, according to Romney.

Iranians “would want to bring missiles and armament into the West Bank and potentially threaten Israel…And I look at the Palestinians not wanting to see peace anyway, for political purposes, committed to the destruction and elimination of Israel… and I say, ‘There’s just no way'” Romney continued.

Speaking to Israeli newspaper Haaretz in July Romney had said “I believe in a two-state solution which suggests there will be two states, including a Jewish state.”

At the $50,000-per-plate 17 May dinner, Romney also criticised an apparently “extraordinarily naive perception” of President Barack Obama’s that his magnetism, charm and persuasiveness are compelling enough that he can sit down with Putin, Chávez, and Ahmadinejad, and change their actions.

He said 47 per cent of Americans will vote for the current president no matter what.

He said his job is “not to worry about those people” because he will never convince them to take personal responsibility and care for their lives.

Romney added he had to convince the “five to ten per cent in the centre” to vote for him, stating that people of this group sometimes vote based on “emotion, whether they like the guy or not.”

Late Monday, during a hastily arranged news conference, Romney didn’t apologise for his comments, saying that they weren’t elegantly stated and were spoken “off the cuff.”

The timing of the video was crucial as Romney’s campaign is working to change its strategy to reassure concerned donors who are losing faith in the candidate, according to CBS News.

The Obama campaign said it was shocked that a presidential candidate would say such things about voters behind closed doors; Jim Messina, Obama for America campaign manager said on Monday afternoon, “It’s hard to serve as president for all Americans when you’ve disdainfully written off half the nation.”

Romney’s statements were compared to Obama’s 2008 comments about Americans in rural communities who deal with unemployment by “Cling[ing] to guns or religion or antipathy to people who aren’t like them.”