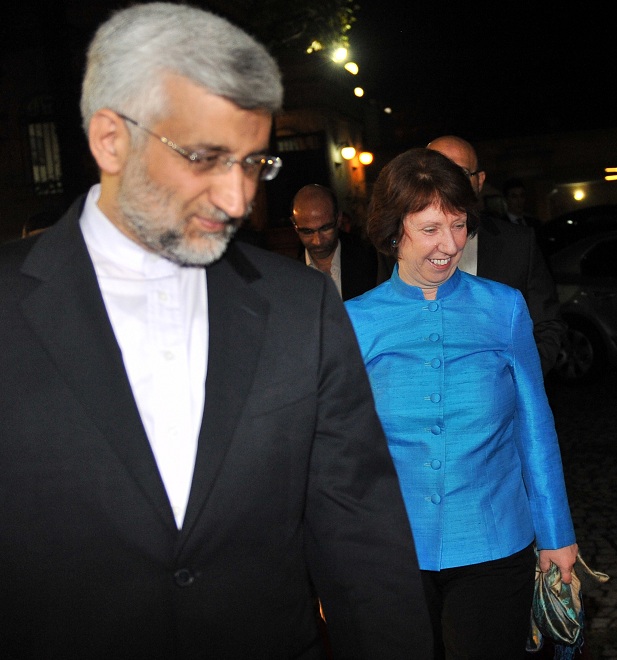 The talks were held at the Iranian consulate in Istanbul, Turkey. Ashton represented P5+1, the five permanent members of the UN security council plus Germany; a group formed in 2006 to negotiate Iran’s nuclear program.

The foreign ministers of the six countries will meet with Ashton in New York in the margins of a “ministerial week” of the UN general assembly, due to begin formally on September 24. Ashton’s office said the talks were “in order to assess the situation and to discuss the way forward.”

Ashton’s statement described the Tuesday meeting as a part of ongoing efforts to seek “a diplomatic solution.”

“While it was not a formal negotiating round it was a useful and constructive meeting and an important opportunity to stress once again to Iran the urgent need to make progress,” said the declaration issued by Ashton’s spokesman, Michael Mann, according to AFP.

British foreign secretary, William Hague, also increased pressure before the meeting saying, “we will be intensifying… sanctions in the coming weeks and months in the absence of successful negotiations.”

Hague also made it clear that the West is against an Israeli military strike on Iran. A move that analysts fear could hurt an already fragile world economy and exacerbate Middle East conflicts.

Their meeting came hours after Abbasi-Davani criticised the IAEA saying terrorists had infiltrated the organisation to sabotage Tehran’s uranium enrichment plants. He also accused the UN body of a “cynical approach” and mismanagement in his speech at the IAEA annual assembly in Vienna.

Abbasi-Davani said power lines to Iran’s Fordow underground enrichment site were blown up a month ago and that an IAEA inspector had asked for a visit to the site a day later, according to Reuters.

Amano released a statement after the meeting saying IAEA “is committed to continued dialogue…and expressed the readiness of agency negotiators to meet with Iran’s in the near future.”

He added that “a structured approach to clarify all issues related to Iran’s nuclear programme, including those related to possible military dimensions, needs to be agreed and implemented as soon as possible.”

Another IAEA-Iran meeting is expected in mid-October, but the exact time and place are still unclear.