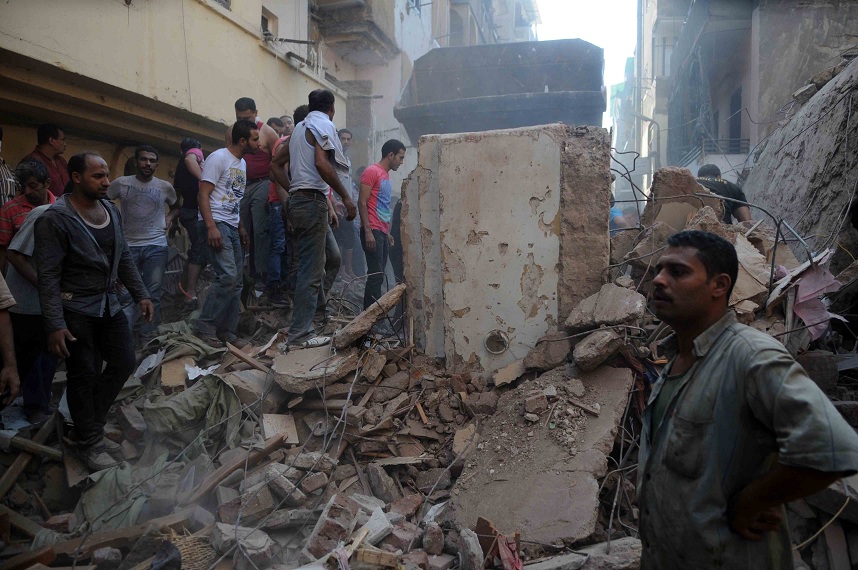 A five-storey building collapsed late on Wednesday in the Ghorbal district of Alexandria. The building, located on Shagaret El Dorr Street, was an aging and unoccupied structure.

Khaled Gharaba, head of the security directorate of Alexandria, was on location where civil security forces managed to rescue a woman from underneath the ruins of the building. However, five more people are believed to be still under the ruins.

Elsewhere, in Upper Egypt, a four-storey building collapsed in Assiut.

The governor of Assiut, Yehia Keshk, headed to the location along with the president of the eastern district of Assiut.

Ambulances and rescue teams were also on the scene, attempting to rescue the residents of the buildings from underneath the ruins.

The directorate of Health and of Security didn’t announce finding any dead bodies or injured people, despite reports from neighbours that the building was occupied by many residents.