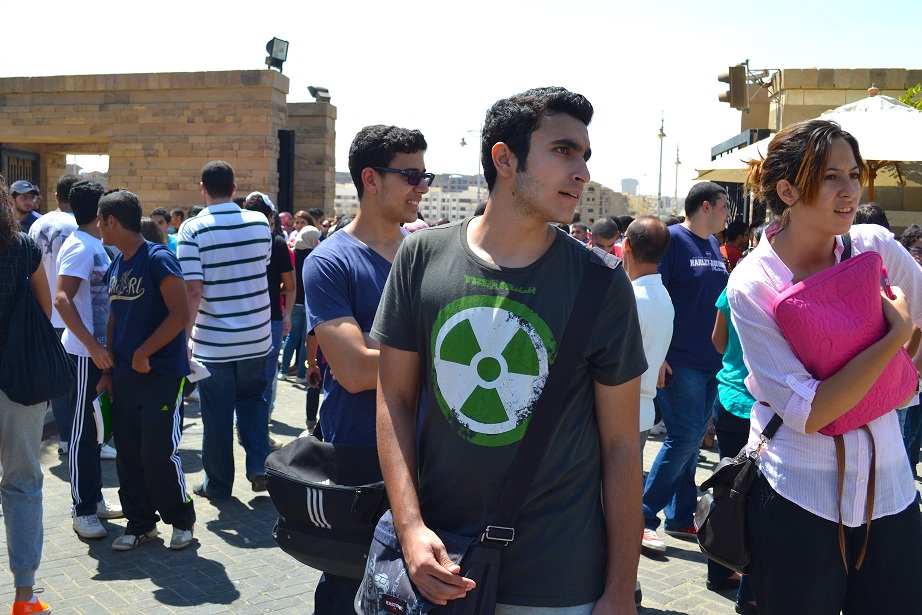 The American University in Cairo (AUC) sent an email titled “Fact or Fiction” to members of its community in an effort to explain and clarify the current state of affairs regarding the student strike that occurred on Sunday.

The university affirmed that no students have been expelled or penalised yet for demonstrating peacefully or expressing opinions. However AUC confirmed that five students have been suspended, “for obstructing access to the campus and infringing upon the rights of other students to receive the education to which they are entitled.”

A group of students blocked access to the AUC campus in New Cairo to fellow students on Sunday, only allowing faculty and staff to make their way inside by foot. Many students either left campus when unable to enter or scaled gates to get inside. The remainder waited until striking students cleared the way let them to attend classes.

The AUC administration said the Student Disciplinary Committee (SDC) would decide final decisions regarding the suspended students in a setting in which they would be permitted to defend themselves in the presence of faculty, staff, and student representatives. The SDC is also reviewing complaints filed against additional students.

AUC also said three students who attempted to hack into the university’s IT system have also been referred to the committee.

The email listed progress made as a result of the AUC community-wide strike last year, which included greater degrees of transparency of the school’s budget and the reduction of some day-to-day costs.

The suspended students were calling for a cap on the seven per cent annual increase in tuition. Although the AUC Student Union was not officially part of the strike, the group has called for support for those students who were suspended, claiming they had been penalised before an investigation or a hearing.