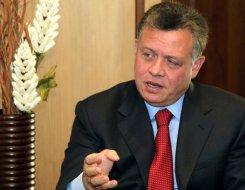 King Abdullah of Jordan on Monday signed a law that will enforce more restrictions on internet use.  The law requires news websites to obtain licenses through governmental registration and gives the government the authority to block and censor sites.

The law also holds publishers and editors accountable for comments posted on their websites.

“The government has long imposed restrictions on how Jordanians may express their thoughts and opinions,” said Christopher Wilke, senior Middle East researcher at Human Rights Watch (HRW), in a statement. “Now it is trying to extend those restrictions to online expression.”

The law affects news websites, defined as any “electronic publication that engages in publication of news, investigations, articles, or comments, which have to do with the internal or external affairs of the kingdom” according to HRW.

These publications are now required to register with Jordan’s Commerce Ministry and obtain licensing from the Press and Publications Department in the Cultural Ministry.

The law requires news agencies to fact-check comments submitted by users before publishing them.

HRW said, “requiring bloggers, human rights activists writing on their websites, or other internet-based information dissemination to obtain licenses would put undue burdens on their freedom of expression, and the content restrictions on criminal defamation as well as users fail to meet the criteria of permissible restrictions.”

Jordan’s National Centre for Human Rights (NCHR) pointed out in a statement in early September after the law had been proposed that it violated the International Covenant on Civil and Political Rights (ICCPR), which Jordan had ratified in 1975.

The ICCPR maintains that government censorship can only be enforced in situations that affect national security, public order, public health and morals, or the rights and freedoms of others.

In August at least 300 Jordanian news sites and blogs displayed black screens for a day in a campaign headed by “HorYa Net” (you are free, internet). The “electronic darkness” was observed by many websites in opposition to the law, which had been proposed.

“The government is already using existing law to go after opponents and critics,” Wilkes added. “The state should be rolling back those laws, not extending them to online expression.”