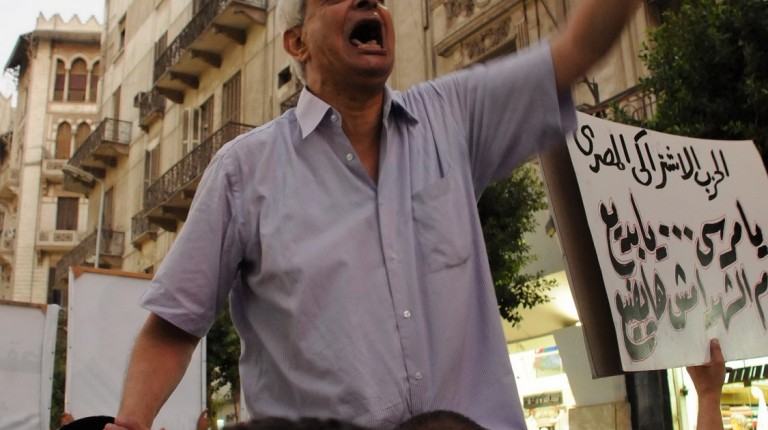 In its press conference, the new coalition put forth four pillars defining the group’s ideology and goals. The first task for the group is the building of a democratic civil state, abolishing laws that restrict political and civil liberties.

Secondly comes the protection of national sovereignty, including independence from foreign powers when it comes to national decisions. Thirdly, the coalition said it would resist “neo-liberal policies that have brought poverty, ruin, and dependency,” vowing to work on a strategy for new development to prevent economic dependence.

Lastly, the RDC committed itself to building an economic system that “ensures the economic and social interests of the popular classes, including active participation in the battle for labour rights, health, housing, education, transportation, and raising the living standards of the poor and developing marginalised areas.

At the conference, labour activist Kamal Khalil pointed to how the current government has dealt with protests and strikes, including those by transportation workers and Nile University students, and drew parallels with how such events were handled under former president Hosni Mubarak.

“We are not all the revolutionaries, but we are a part of them,” said Khalil, who indicated that the new coalition would look to unite with other “revolutionary” factions, specifically mentioning the newly formed Al-Dostor Party, and stressed that completing Egypt’s revolution takes precedent over ideological differences between different revolutionary groups.

Khalil called for a demonstration at Tala’at Harb Square on 22 September, protesting against the current Islamist-controlled Constituent Assembly, safe passage for military officers, foreign loans, and in a stand to respect religious freedom in Egypt.

Khalil also accused the ministry of interior of committing crimes, calling for his resignation.