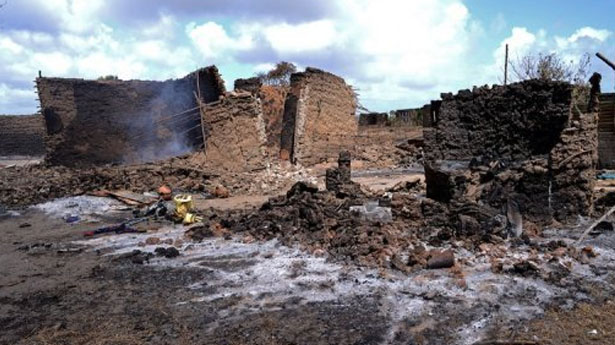 Two suspected mass graves in southwestern Kenya were exhumed on Wednesday.  Kenyan law requires a court order before graves are dug up and one was issued on Tuesday for the sites located in the town of Ozi. The graves were believed to hold victims of tribal fighting that has claimed the lives of 118 people over the past month.

A member of the exhumation team told the BBC that no bodies were found, but four clearly dug cavities for bodies and the smell of rotting flesh made them conjecture that bodies had been recently removed.

The Kenyan newspaper the Daily Nation has been closely following the violence along the Tana River, the largest in Kenya, between the Orma and Pokomo tribes.

Two Daily Nation journalists spoke with Daily News Egypt. One of them, John Ngirachu, said, “the Pokomo and Orma are neighbours and as far as we know, have been living as peacefully as they can given their different ways of life.”

However that fragile truce has reaching a breaking point, his colleague Peter Mutibo said. “The Pokomo, who are primarily farmers, have always accused their neighbours, who are predominantly pastoralists, of straying into their farms during the dry season to graze their animals, in the process destroying their crops. The Orma on the other hand always accuse the Pokomo of denying them access to the Tana River to source water for their animals.”

The dispute has led to a soaring death toll caused by tit-for-tat raids by militiamen into Orma and Pokomo villages. The reports of violence are brutal, with crude weapons such as machetes often being used and women and children often suffering the brunt of the violence.

“People have been seeking an explanation of the magnitude,” said Ngirachu. This has led many to speculate that politicians could be inciting some of the violence in anticipation of upcoming elections in March. Last week, member of parliament Dhadho Godhana was officially charged in connection with the Tana River violence.