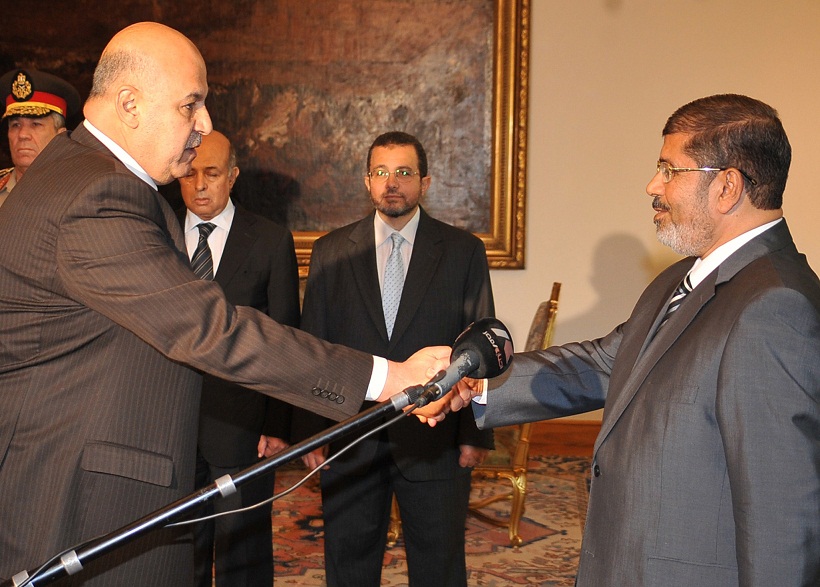 Mekki will be able to assume all presidential decisions in case Morsy is temporarily incapacitated or out of the country, with the exceptions of dissolving either house of parliament or dismissing the cabinet. He will also give his official opinion on proposed legislation.

Morsy also assigned Mekki with overseeing a large legislative reform project that will attempt to improve the country’s judicial system and ensure the independence of the judiciary, and the separation of the executive, legislative and judicial branches.

The vice president is to oversee democratic dialogue between political forces, special interest groups and all sectors of society, and guarantee constitutional rights and freedoms.

He is authorised to task any of the state’s central, local or oversight with briefing him on any issue he choses as well as tasking them with giving him advice on such issues.

Morsy initially promised to appoint at least three vice presidents, including a Coptic Christian, a woman and a revolutionary figure, during his campaign but has ended up appointing just one.

Mekki was appointed as vice president on 12 August as part of a series of appointments that also saw a large reshuffle in the military’s top brass. He has remained without official powers or duties since.

Like his brother Ahmed who was recently appointed minister of justice in Prime Minister Hesham Qandil’s cabinet, Mekki is one of the pioneers and leaders of the independent judiciary movement that challenged former President Hosni Mubarak’s interference with the judiciary.

His long history of activism started in 1986 when he helped organise the first independent judiciary conference and the first judicial protest in 1992.

A meeting is set for next week between Mekki and newspaper chief editors for him to officially meet the press.