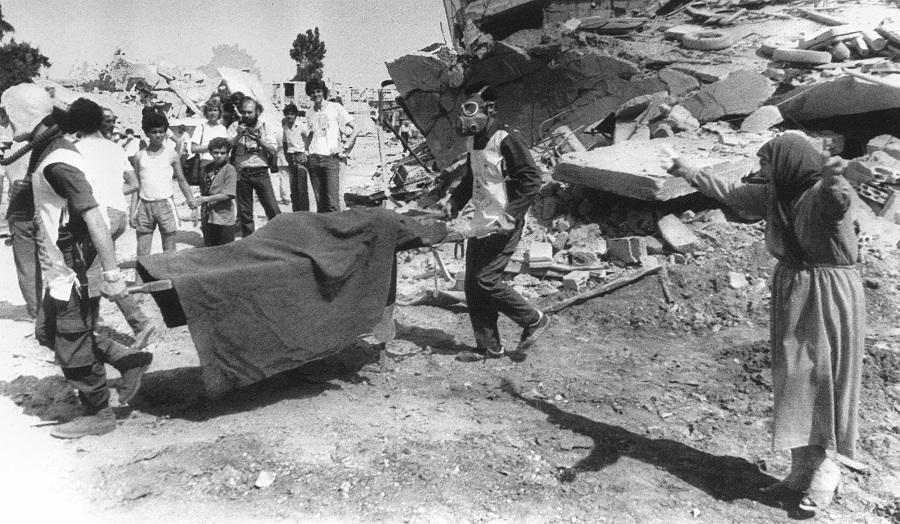 This week marks the 30th anniversary of the infamous Sabra and Shatila massacre. In September 1982, Christian militias systematically murdered hundreds of unprotected Palestinian refugees living in the ghettos of Beirut.

For decades debate has circulated around the culpability of the Israelis who were in control of the city at the time, as well as the Americans who had coordinated the evacuation of the Palestinian Liberation Organization who would have offered an armed defence of the civilian population.

Recently released documents in Jerusalem have been discovered by Seth Anziska who is pursuing his PhD in New York City. He published them, along with an op-ed in the New York Times.

They show the extent to which the Americans and the Israelis were locking horns, they show that Defence Minister Sharon claimed to have control of Beirut, and in the end, they show that the US did not apply pressure that could have stopped the massacre.

One of the documents is the minutes of a conversation between Lawrence Eagleburger, a member of the state department, and Moshe Arens, Israel’s ambassador to the US on the day the massacre began.

The conversation was ordered by the American president to tell the Israelis to immediately leave Beirut because, “the occupation by Israel of an Arab capital is a grave political mistake with far-reaching symbolic and concrete implications of the most dangerous sort.” Arens wouldn’t concede and maintained Israel’s justification in maintaining control of Beirut.

The next document relays a conversation that takes place in Jerusalem, as the massacre was in progress. It details US Ambassador Morris Draper arguing with Sharon and Israeli Foreign Minister Yitzhak Shamir.

Draper is continually interrupted and spoken down to by Sharon. Time and again Sharon asks, “do you want the terrorists to stay?”

Draper and Sharon continue to bicker. Draper laments that he cannot speak for more than three sentences without being interrupted and also tells Sharon, “It is going to be very hard to carry on a conversation if you think that when I say ‘cooperative’ it is a pejorative word.”

Sharon describes the IDF involvement as “saving Beirut.”  He also says, “the Lebanese troops… got instructions from the Phalange [Maronite militia] and all that was coordinated with all of them together by our [Israeli] officers… we prefer that the Lebanese army will attack Fakhani, Sabra, Shatila and all the other places where the terrorists are still there… so let’s assume that they want to go in; they will go in. They will clean all this area.”

Draper is never able to get his point across. “I think we really ought to get the process started tonight,” Draper says of the Israeli withdrawal, as the massacre is taking place.

“Impossible,” responds Sharon. “It is a holiday.”

“The lesson of the Sabra and Shatila tragedy is clear,” Anziska concludes in his essay, “sometimes close allies act contrary to American interests and values.

Failing to exert American power to uphold those interests and values can have disastrous consequences: for our allies, for our moral standing and most important, for the innocent people who pay the highest price of all.”