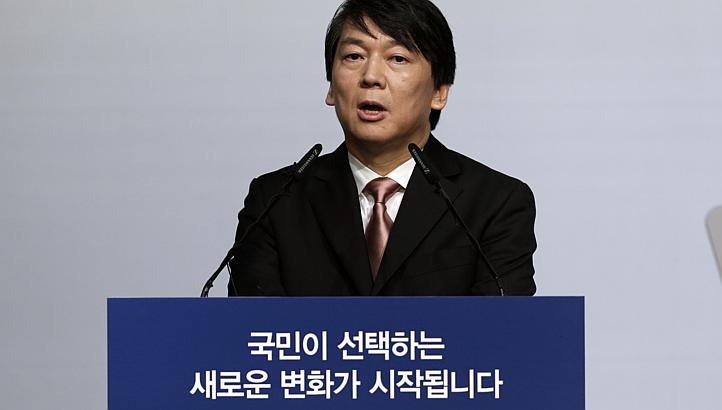 South Korea’s software mogul, Ahn Chul-Soo, announced his candidacy for the presidential elections on Wednesday. Ahn, a renowned entrepreneur who made his fortune through his anti-virus company Ahnlab, has developed a following of young voters looking for a change in the political scenery.

His popularity reflects dissatisfaction with how South Korea’s powerful family-run conglomerates as LG, Samsung, and Hyundai, restrict growth of smaller businesses. Ahn is also an advocate of greater economic co-operation and dialogue with North Korea, as well as the expansion of the welfare state.

The December election will pit the independent against the likes of Park Geun-Hye and Moon Jae-In, both seasoned politicians. Park is the candidate of the ruling New Frontier Party and daughter of Park Chung-Hee; former coup leader and president of Korea prior to his assassination.

Moon was once the chief of staff to late President Roh Mu-Hyun and is considered very popular.

Ahn pre-empted criticism of his lack of political experience by arguing it meant he did not “owe any debts to anyone.”

Rumours of Ahn’s bid for presidency sparked a five-fold increase in Ahnlab share prices. The Financial Times reported he had sold half his shares in the company to create a charitable fund, pledging to sell the other half if he is elected president. Commentators predict an agreement between Ahn and the ideologically-similar Moon, to avoid splitting the liberal vote.