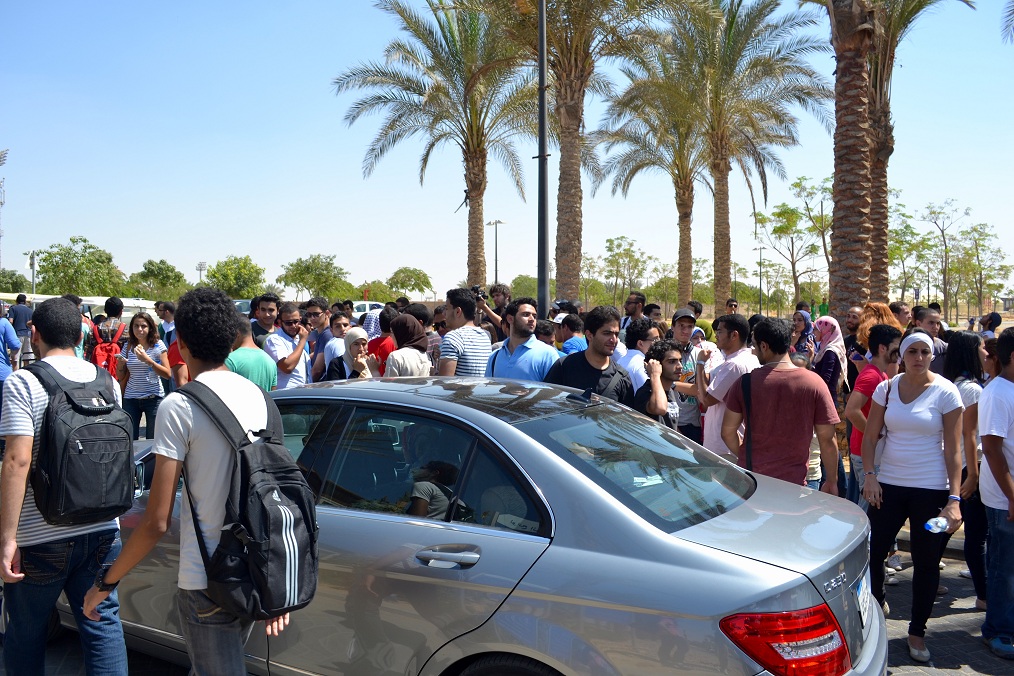 The American University in Cairo (AUC) removed two of its gates on Saturday in response to striking students chaining them shut last Sunday and Thursday.

Student representatives met with AUC president Lisa Anderson on Thursday and appeared to have reached a number of agreements. The group agreed that the university would present a tuition cap model on 15 November, the administration would not punish students without proper investigations, and that the two sides would reconvene on Saturday to continue negotiations.

AUC’s student union released a statement on its Facebook page on Saturday expressing disappointment with the university administration following the removal of the campus gates.

“Now it is evident how the [administration] thinks only… about saving [its] image without giving the slightest thought to the safety of those living on campus,” said the statement. “It is such a shame that they think that by removing the gate everything will get back to normal.”

Meanwhile a statement was issued by Anderson on Saturday afternoon, stating that negotiations have reached a stand-off, with student representatives insisting on the scrapping of the seven per cent yearly increase in tuition.

Andresen stated that the AUC is developing, “several models of tuition increases that will be designed to give greater clarity and predictability to families and that financial aid is available for those having trouble meeting tuition demands.” Andresen also added that they have assigned extra security after removing the two gates, “to ensure that no intruders make their way onto campus through these entrances.”

Although the student union was not initially involved in the strike and condemned the decision to block students from campus, its role increased with the suspension of five students pending investigation, an action it saw as unjustified.

A petition calling for a tuition cap and the curbing of the seven per cent annual tuition increase has been signed by almost 3,000 people.