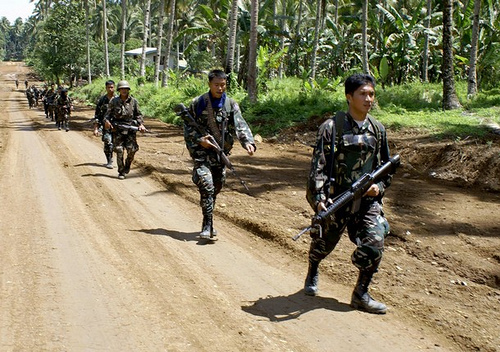 The deal would impose a ceasefire in predominantly Muslim areas of the island of Mindanao, an impoverished yet resource-rich region in the south of the Philippines.

According to Reuters, negotiators from both sides have acknowledged the progress made, which many hope will bring an end to a 12 year long ‘all out’ campaign initiated by the government that has displaced at least 700,000 people on Mindanao, according to the Internal Displacement Monitoring Centre.

The deal also allows for a new autonomous region to be created before the end of President Benigno Aquino’s term in 2016. The chief government negotiator Marvic Leonen said the deal will be completed this year, according to Reuters, perhaps as early as October during the next round of peace talks held in Malaysia.

The current conflict began in 1968, when as many as 68 Muslim military trainees were slaughtered by the army. The details of the event are unclear, but one theory suggests then-president Ferdinand Marcos was trying to stir dissent in the Malaysia-contested Sabah region and the Muslim soldiers were slaughtered for refusing to carry out orders.