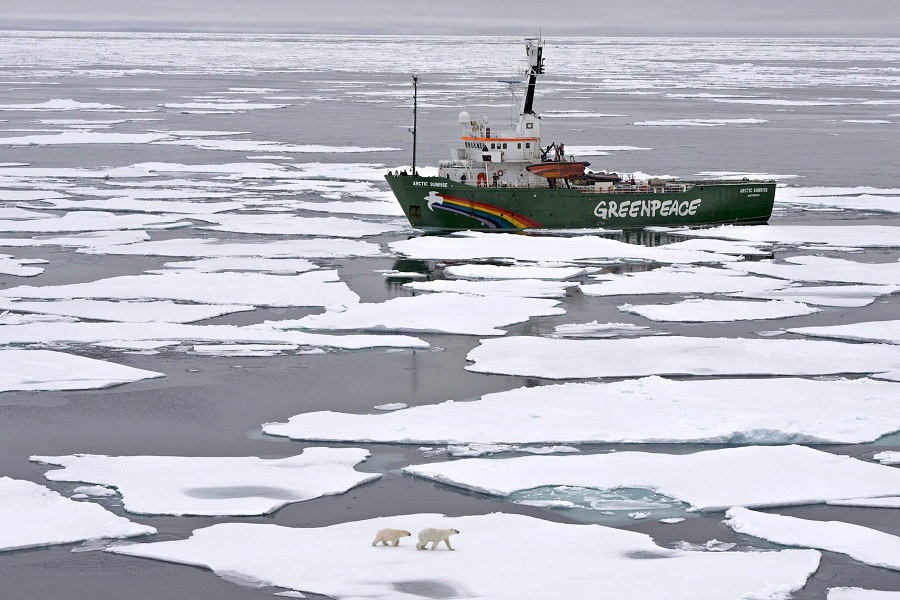 Activists blocked over 70 Shell gas stations in the Netherlands on 14 September to protest Arctic drilling by the oil and gas giant. The AP reported 15 people were arrested.

Shell is suing Greenpeace for the protest requesting the judge forbid Greenpeace from “organis[ing] any activities, at least illegal activities, on or within 500m of any petrol stations of (licensees/tenants of) Shell.” Shell demands that should any violation occur, Greenpeace is required to pay a fine of EUR 1,000,000, in addition to EUR 100,000 for every day the violation continues.

According to AP, a verdict in the case, being viewed at Amsterdam’s District Court, is expected in at least two weeks.

Despite Shell delaying its plans to drill in the Arctic, Greenpeace has planned protests for Saturday in over ten places throughout the UK. “Greenpeace volunteers are organising a series of peaceful, legal protests at selected Shell petrol stations,” it stated.

Greenpeace is also asking people to sign a petition as part of its campaign against Shell, BP, Exxon, Gazprom, Rosneft and other companies saying, “the same dirty energy companies that caused the Arctic to melt in the first place are looking to profit from the disappearing ice.”  It is attempting to turn the Arctic into a global sanctuary.

Shell announced in a statement on Monday that it will postpone its plan to drill the Arctic saying, “in order to lay a strong foundation for operations in 2013, we will forgo drilling into hydrocarbon zones this year.” The statement said that Shell already has two drilling ships and more than 20 support vessels; in addition to what it described as, “redundant oil spill response equipment” already in position.

Shell attributed the delay to the fact that a dome which cleans oil spills was damaged and so it did not meet the “stringent standards” of the company, which wants to operate only in safe conditions. According to The Telegraph, the oil and gas giant has spent over US$ 4.5 billion and six years preparing for oil exploration in the Arctic.

Greenpeace states that there is a great risk to the environment in the Arctic, where an oil spill can be very damaging and difficult to control.