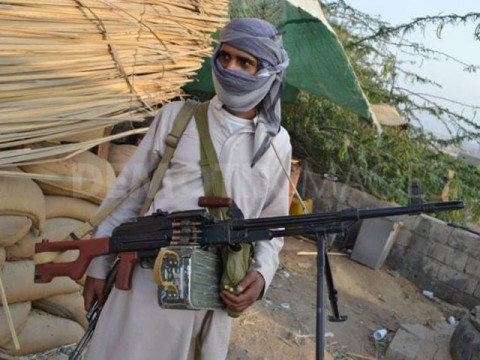 Ongoing clashes which erupted in Rayda, Northern Yemen on Friday left at least a dozen dead, in addition to injuries, with conflicting reports on the exact number of deaths.

While the AP reported a dozen killed, other news sources reported higher casualties. The clashes occurred between Salafis and Shi’a Houthi rebels; ongoing feuding between the two parties have killed around 200 over the past year.

The Islah Party, to which the Salafi fighters belong, claimed the number of deaths among tribesmen in Rayda was seven, while the Houthis lost 11.

The Islah Party the clashes occurred after Houthis from outside the Amran province, which Rayda is in, broke a ceasefire to attack the Imam of a mosque and then used the minaret of the mosque to shoot seven passersby. There are mediations by leaders on both sides to end the fighting, according to UPI.

According to UPI, the Rabbi of the Jewish sect in Yemen, Yehia Yaeesh, called on the Houthi Rebels and the Al-Islah Party to cease hostilities in Rayda on Sunday, fearing that Jews could be harmed by the violence.

Yaeesh added that the Jews are considering leaving the area because of the fighting but do not have the resources to do so. There are only 330 Jews in Yemen, mostly of them located in Rayda, according to UPI.

Before the uprising in 2011, the Yemeni regime engaged in six wars against Houthi rebels, claiming they receive support from Iran, according to the Yemen Post news service.