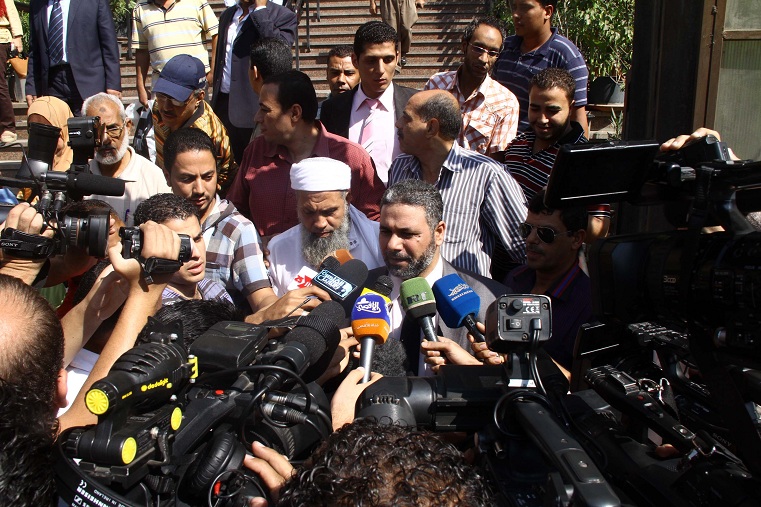 The legal committee of the Freedom and Justice Party (FJP), political arm of the Muslim Brotherhood, has expressed astonishment at a decision by the Supreme Administrative Court stating that the People’s Assembly is null and void.

On Saturday, two cases calling for repeating People’s Assembly elections were brought to the court, one by Anwar Sabeeh and another by Mageeda Nabil.  Sabeeh’s case was postponed to 15 October yet Nabil’s case was decided the same day.

“Everyone was surprised that a verdict on the case filed by Mageeda Nabil was released,” read the FJP’s statement.

The court denied her request demanding a repeat of the first round of parliamentary elections due to the court’s commitment to the Supreme Constitutional Court’s ruling which dissolved the entire legislative body.

This meant that because of the Supreme Constitutional Court’s ruling which dissolved the People’s Assembly on June 14, Nabil’s case was now invalid.

“There is no surprise at the court’s decision,” said Amr Zaki, member of the FJP. “The surprise is at the procedures which led to the decision… the statement clarifies that the court took a decision in the first session and in the second session dismissed the case, both suits regarding the same issue, and this is where the astonishment comes from; the procedures not the ruling.

“As for us, as the FJP, we respect and abide by the court’s decision, but we don’t sanctify the judiciary because the judiciary after all is human, it could be right or wrong,” he added.

The People’s Assembly was dissolved based on the finding that the election law was not constitutional. The law allowed party candidates to compete with independents for the third of seats reserved for independents. This gave party members who ran for the remaining two thirds of the legislative body an advantage over non-party members.

Sabeeh and Nabil ran as independents in the parliamentary elections and both lost.

“If the court has a doctrine with regards to these kinds of cases, then why postpone one of the cases and give a ruling on the other?” the FJP legal committee asked. The committee also criticised that the “real adversary” in Nabil’s case, the winner of the seat she was competing for, did not attend the hearing.

The statement added that the lawyers are demanding transparency with regards to the rights and freedoms of the people and the People’s Assembly which was elected by over 30 million people.

Zaki added, “we are ready for the next elections governed by any elections law.” He stressed the importance of protecting democratic practices and not allowing those who want to “pollute it with lies, slander and fraud to have a place in political life.”