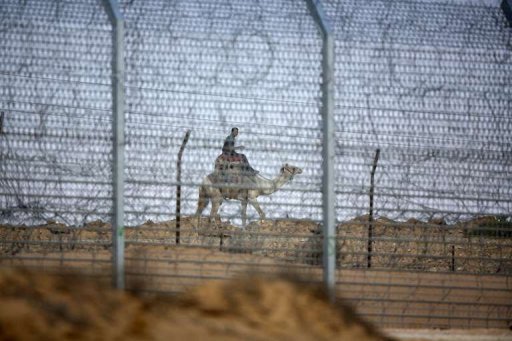 Israeli Foreign Minister Avigdor Lieberman has affirmed that Israel has no intentions of changing the peace treaty with Egypt, a source of stability in the region which has been in place since 1979. His comments followed recent calls in Egypt for a renegotiation of the treaty’s terms.

According to AP, Liebermann said on Sunday, “there is no chance that Israel will agree to any kind of change.” His statement addressed speculation that Egyptian-Israeli relations may be under strain since the fall of Hosni Mubarak’s regime, who upheld the peace agreement signed by former president Anwar Sadat.

Lieberman spoke two days after an attack on Israeli forces on Friday, the latest in a number of incidents originating in the Sinai peninsula in recent months. To address the security situation in Sinai, Israel and Egypt have agreed to temporarily waive the clause of the peace treaty limiting Egyptian military presence on the peninsula.

Egypt recently deployed helicopters and armoured personnel vehicles against militants in Sinai. However, according to AP, Israel baulked at the deployment of Egyptian tanks, which were subsequently withdrawn.

In his interview with Al-Jareeda, Seif al-Dawla contested the fairness of the treaty, arguing that it favours Israeli security over Egyptian sovereignty by restricting Egypti’s military presence in Sinai.

Regarding the number and strength of Egyptian forces in the Sinai, Lieberman commented, “the problem in Sinai is not the size of the forces, it is their readiness to fight, to put pressure and to carry out the job as is needed.” He also said, “the Egyptians shouldn’t try to delude themselves or delude others and they should not rely on this demand [amendment of the peace treaty].”

Lieberman’s statements came the day after President Morsy told The New York Times the United States should uphold its commitments regarding the Palestinian people in line with the Camp David Accords of 1978.

With Israel feeling increasingly vulnerable in the region, it is clear that it does not desire any changes to the status quo or its relationship with Egypt.