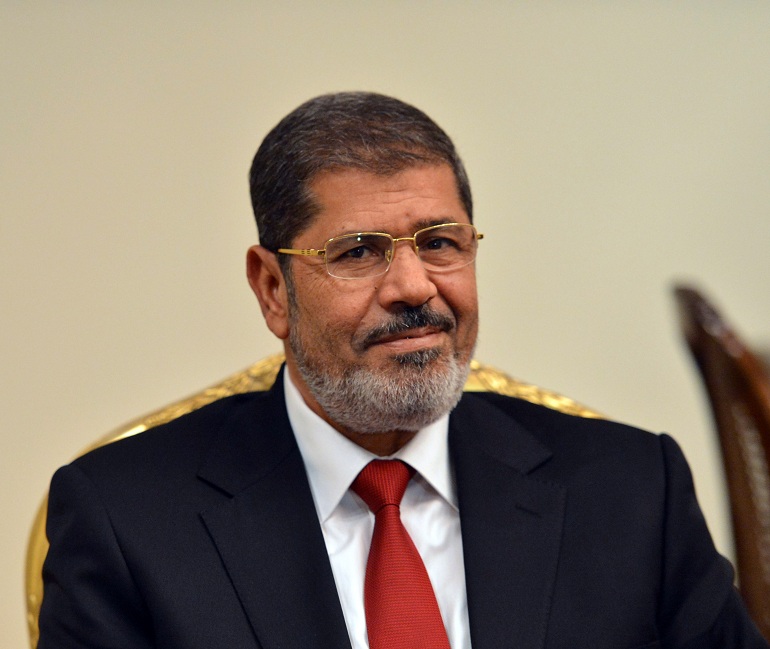 President Mohamed Morsy spoke both to the New York Times and in a live broadcast on Egyptian State TV in two interviews on Saturday.

In his 90-minute interview at the Presidential Palace with the NYT, Egypt’s first democratically elected president touched on a wide range of issues, with a focus on US-Egypt relations.

Morsy strongly indicated that the United States would have to take a strong stand in reshaping its relationship with Egypt moving forward. “Successive American administrations essentially purchased with American taxpayer money the dislike, if not hatred, of people in the region,” he said, explaining his understanding of the role of US policy in creating anti-US sentiment.

When asked if the US and Egypt were allies, the Egyptian president responded, “that depends on your definition of ally.” He went on to assert he envisioned the two countries as “real friends.”

He found a common bond between Arabs and Americans in their “shared objective, each to live free in their own land, according to their customs and values, in a fair and democratic fashion.”

During a time of speculation around the future of the 1978 Camp David agreement, Morsy reminded the US newspaper that “as long as peace and justice are not fulfilled for the Palestinians, then the treaty remains unfulfilled,” and Americans “have a special responsibility” for Palestinians as a signatory to the peace agreement.

Morsy, a former member of the Muslim Brotherhood, vowed to uphold the rights of Egyptians regardless of religion, sex or class, but went on to say that a woman or a Christian would not be “suitable” for the presidency. “We are talking about values, beliefs, cultures, history, reality,” he said.

In both of Saturday’s interviews, Morsy reasserted his active role in taking full authority over the military and the dismissal of a number of high-ranking officials including former Field Marshall, Mohamed Tantawi.

“The president of the Arab Republic of Egypt is the commander of the armed forces, full stop.” he told the New York Times. “Egypt is now a real civil state. It is not theocratic, it is not military. It is democratic, free, constitutional, lawful, and modern.”

“The decision to refer Tantawi and [Lieutenant General Sami] Anan to retirement were necessary and due decisions,” he told Egyptian state television. “I preserve the Egyptian state, and I change some leaders to allow the participation of young people.”

Many Egyptian politicians expressed apprehension surrounding Morsy’s possession of legislative powers in the wake of parliament dissolution and the president’s overturning of constitutional amendments. Morsy sought to soothe those concerns on state television saying, “I will only use the legislation in a very narrow context” such as dealing with issues of healthcare and education.

In his state television interview, Morsy stated that current strikes and labour issues throughout the country would be considered in the country’s budget and resolved within two years, affirming the right to peaceful assembly.

Morsy also addressed those fearing an Islamist-dominated political sphere, stating, “fear of Islamic movements is healthy, and leads to political movement and a healthy intellectual community, no faction should fear being controlled by another.”

President Morsy is planning to leave Egypt on Sunday for United Nations general assembly meetings in New York. As of Sunday, there were no plans for the Egyptian president to meet his US counterpart during the visit.