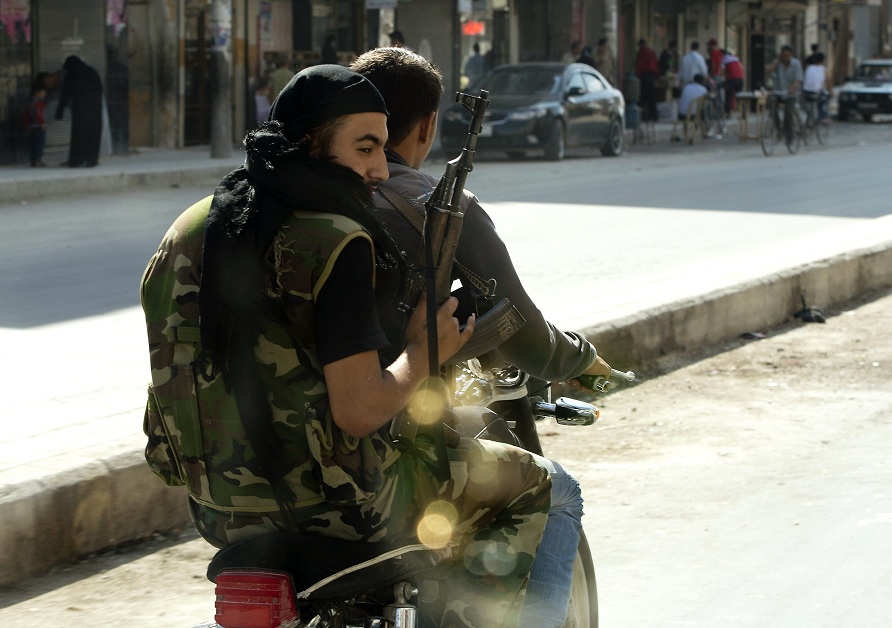 Free Syrian Army (FSA) rebels told AFP on Sunday that they currently control most of Syria, a day after they moved their headquarters from Turkey to Syria attempting to speed up the downfall of Syrian president Bashar Al-Assad and his regime.

“We control most of the country. In most regions, the soldiers are prisoners of their barracks. They go out very little and we can move freely everywhere, except Damascus,” FSA Colonel Ahmed Abdel Wahab, who said he was commander of the Nasser Salaheddine brigade in Aleppo, told AFP.

According to Abdel Wahab, the FSA will defeat Assad, possessing “anti-aircraft and anti-tank missiles” would only speed up the inevitable.

Syria’s most populated cities of Aleppo and Damascus hold almost a quarter of Syria’s population of approximately 22 million citizens. The Syrian regime claims to be in semi-full control of both major cities.

Bashar Al-Assads sister, Bushra Al-Assad, was confirmed by AFP Sunday to have left for Dubai. AFP quoted the chief editor of opposition news website, Samih Maayatah, citing “differences” between the siblings as reason for her flight.

According to the British-based Syrian Observatory for Human Rights, the rebels are currently in control of over 80 per cent of Syria’s border cities with Turkey.

At the Jordanian border, clashes between the rebels and Syrian border guards spilled over into Jordan, where the Jordanian army arrested a number of armed men Saturday dawn, according to a statement made by Jordanian minister of information, Samih Maayatah.

The minister refused to give further details about the attack, amid claims those arrested were part of the Jordanian group “Salafi Jihadists,” according to Al-Jazeera.

Brahimi is expected to brief the UN security council on his progress so far on Monday.