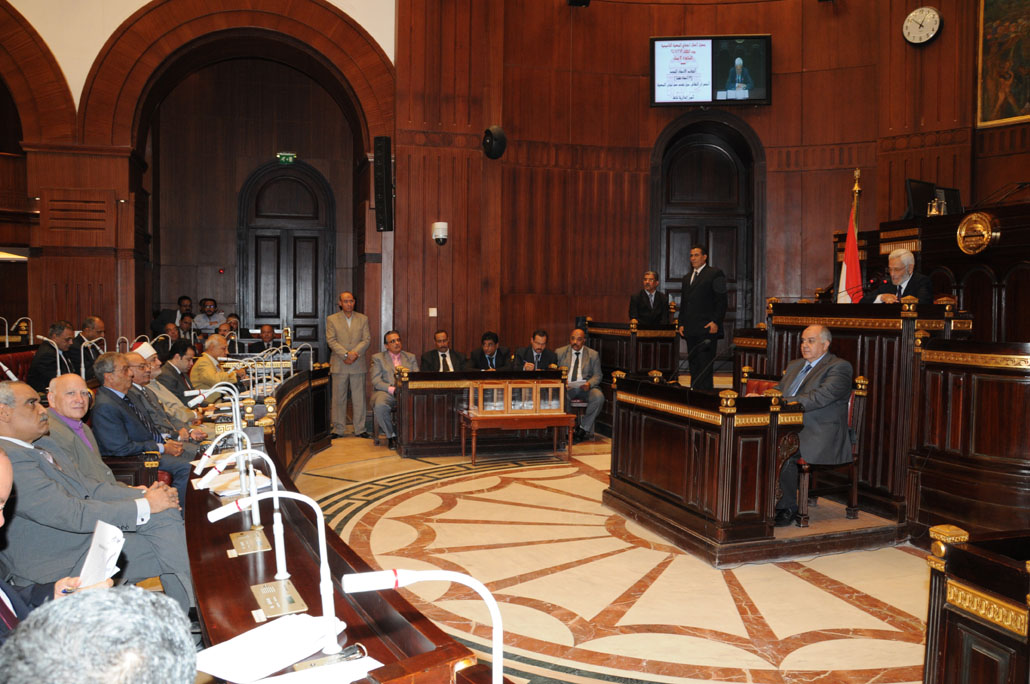 Constituent Assembly official spokesperson Wahid Abdel Meguid delivered a “strongly worded memo” to the assembly’s drafting committee Monday after it edited the draft of constitutional articles on the freedom of the press to allow the closure of newspapers.

Abdel Meguid said in his memo he was “surprised” at the introduction to the post 25 January revolution constitution of a power that did not exist even during former President Hosni Mubarak’s era, especially since closing a newspaper is a form of collective punishment for the mistakes of one person.

“Is this possible in a constitution that comes after a revolution that aimed to free Egyptians?” he asked, adding that cancelling publications under Mubarak was only temporary and could not be implemented for over a month for dailies and three months for weeklies before it was cancelled altogether in 2006.

“We cannot restore a punishment that was cancelled as a result of democratic struggle that all national forces and schools of thought participated in, forcing the former regime to remove the punishment from the law,” he wrote.

He also demanded the restoration of article 12, scrapped in the second draft, which ensured there would be no freedom-limiting sentences for publishing offences, such as imprisonment or confiscation.

Abdel Meguid argued against the notion which led to the cancelation of the article, which is that journalists should not get preferential treatment in the constitution, by saying that the article applies to all of those who express their opinions and not just journalists.

Publishing, he said, includes all expressions of opinion in the public sphere including print, speeches, broadcasting and others.

He demanded a special session of the Constituent Assembly where members would listen to him and Muslim Brotherhood leader and legal expert Sobhi Saleh present a proposal for the amendment of the article.

“This is a disaster for freedom of expression,” Associate Professor of Journalism and Mass Communication at the American University in Cairo Rasha Abdulla told Daily News Egypt. “I am against shutting down any media outlet. There are always ways to face violations without closing an outlet down.”

Freedom of the press and media has come under attack lately with Al-Dostor chief editor Islam Afifi and talk show host Tawfiq Okasha both facing possible jail time on charges of insulting the president.

The recent appointments of a new Supreme Council of Journalism as well as the board chairmen and chief editors of state-owned publications, which were made by the Islamist dominated lower house of parliament, the Shura Council, have also left many worrying that the Muslim Brotherhood, which now has the presidency, is attempting to stifle the press and media.