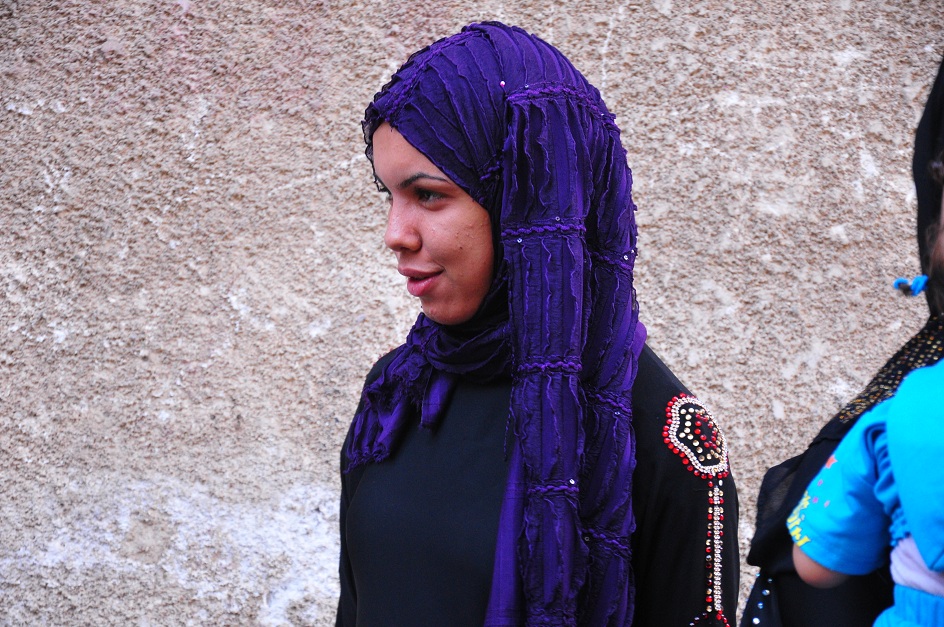 Domestic violence in the context of marriage affects at least 28 per cent of Egyptian women, causing untold emotional and physical damage.

As a broader term, domestic violence embraces a variety of topics including harassment, female circumcision and human trafficking. Modes of violence against women are not restricted to the physical and include willful intimidation and the use of insulting and sexually explicit language.

According to the report “Combatting violence against women and children” by the National Council for Women, published in partnership with USAID, “a woman is more likely to be assaulted, injured, raped, or killed by a current or former partner than by any other person.” A 2009 survey mentioned in the report, which questioned 4,408 men and women, found 28 per cent of women reported being victims of violence by their husbands.

The violence included emotional and verbal abuse and the threat of harm or divorce. Incidents of physical violence included kicking, dragging and attempting to choke and burn. A similar survey conducted in 2005, showing a full third of women reported to have been subjected to spousal violence.

Experts note that a plethora of unjustifiable reasons pave the way for a husband to abuse his wife. Money, sex, daily life quarrels can only be looked at as superficial triggers behind an assault. The root cause of domestic violence is often linked to negative societal attitudes towards women.

“If it happens that I refuse to give him money, I suddenly find him getting up with his belt, beating me on every part of my body. He grabs me by my hair and drags me on the floor in front of my children,” said Nour, a 32 year-old wife, narrating her bitter experience with domestic violence. She said if her daughter tries to prevent her husband from abusing her, her daughter is subjected to the same ill treatment.

Nour, who lives in Doueika in Cairo, said money is just one trifling reason for a husband to smack his wife. However, in her view, the issue is greater than the money her husband demands from her daily.

Violent behaviour can stem from a husband’s drug abuse. Nour’s husband is a drug addict, who compels her to work and provide him with money for his habit.

“I go every morning around several metro stations and I try and get at least 20 pounds. As soon as I come back, he takes it from me and goes to buy pills. I can see that he swallows red, yellow and white colored tablets,” she said. Discussing such an issue with Nour’s family is a taboo. She said her family has always refused her request for a divorce.

“Whenever I speak with my brother about divorce and tell him that my husband beats me, he chides me and tells me I have to tolerate everything for the sake of my children,” she said.

Nour’s said she feels demeaned working to maintain her husband’s drug habit. “I feel I am deprived of every penny I earn by myself. I don’t even have the right to ask for five pounds to send my daughter to a doctor,” Nour said.

Her children are also affected by the domestic abuse, Nour said.“When my children see me being beaten, they sometimes run out of the house. They cry and scream. They call their father unacceptable names.”

Zeinab is a mother of three and one of Nour’s neighbours. She has her own history of domestic abuce. The 36 year old gets beaten by her husband before he rapes her. “Whenever he feels the desire, which is so frequent, you find him approaching me in an extremely violent way and ask me to undress myself.

If I disapprove, I hear sexually explicit and vulgar statements and he starts throwing me around the room,” Zeinab said. “Sometimes when I completely refuse to sleep with him, he beats me until I faint and then he starts the practice.”

Like Nour, Zeinab cannot ask for a divorce or reveal the real reasons for why her life is nearly impossible. Her husband is also a drug user she said, describing dark circles around his red eyes, especially when he comes back at night.

“It is a very sensitive topic. I can’t even talk about it with anyone here. I started getting used to it. When he leaves me after a powerful slap, he goes to find another woman to have his desire satisfied,” Zeinab said.  For her, sometimes the words are even more heartbreaking than the beatings.

“I feel broken. It gets so deep in my heart that I sometimes look at myself and say I am just a slave for his desires,” she said. In many cases, Zeinab said she fails to deal with such situations, especially when he attempts to rape her. When asked about how often she is raped by her husband, Zeinab said he never feels pleasure without beating her first.

“Sometimes I hope that he could improve his treatment, but then I suddenly find him coming in very late and I am sure he was just sleeping with someone else,” Zeinab said.

I have tried to convince him and every time there is no minimal chance for discussion. He kicks me and starts forcing me to turn around… I just cry and shout,” she said.

As she reveals her story, Sayeda said the only reason for why she has kept this a secret is her feelings of shame towards herself and her husband. Being married for almost 30 years, Sayeda, who is the mother of three girls in their mid twenties, said her husband wasn’t merciful enough to stop beating her even after she found out she has developed serious heart disease. “He is just a cruel bastard. He never tires of beating me and beating me until I fall to his mortifying requests,” she said.

Domestic violence is not only limited to husbands beating wives. In some cases, daughters are also abused or forced to leave their houses and work as the main income provider for their families.

Hend, who is 17, said she started carrying all the domestic burdens when her father and mother got divorced. “I have two younger brothers; one of them goes to school. I have to work every day to support them financially,” she said explaining that if she didn’t show up to work her father would spank her.

“He [her father] doesn’t work. I always see him sitting in a café with his friends. I have heard from some neighbours that he goes to play poker in the evenings,” she said. Hend said if she ever woke up late for work her father would punch her repeatedly in the face. “My nose bled and I just couldn’t respond to him. He takes my money to gamble,” she said.

Hend, has neither support from her mother or father. Her mother was forced to leave the house after her father attempted to burn her one day when she refused to give him EGP 20.

“My mother left the house, myself and my two brothers. I now feel I don’t want to get married. Probably my husband will also beat me if I don’t give him what he wants.”

Wessam Mohamed, a psychiatrist consultant at the Centre for Egyptian Women’s Legal Assistance, said men who behave violently towards their wives before having sex are considered sadists. “They suffer a complicated psychological dilemma and they need to treat it.

If he didn’t strike her, being a sadist he wouldn’t feel satisfied,” Mohamed said. She explains that such brutal behaviour reflects a lack of confidence and chronic anxiety.

A husband can find it easy to take these feelings out on his wife, being the only person available to him at all times. Commenting on the rise of domestic violence generally, Mohamed puts the blame on drug addiction and states that in most cases, husbands are unaware of the physical and psychological harm they cause to their wives.

“I can say that 80 per cent of the cases we receive are strongly associated with drug addiction and psychological defects,” she said.

Nihad Rageh, an expert on domestic violence, said the trend is on the rise in Egypt and is based on society’s degrading attitude towards women. Especially in lower-class communities, Rageh explained that public awareness with regards to domestic violence needs to be completely altered. Men and women alike need to change the way they perceive each other in society.

“Many women in Egypt suffer from what is called as an inferiority complex. They believe they are meaningless creatures and seal their mouths to many unacceptable attitudes,” said Rageh, who was the team leader for the “Combating Violence against Women and Children” project that was effective from 2007 to 2012 under the supervision of the National Council for Women.

Rageh believes that many kinds of domestic violence have spread to reach upper-middle class Egyptians. “It doesn’t have to be a poor illiterate woman to be beaten up. Now, many high class husbands smack their wives for similar reasons,” Rageh said.

“I was beaten up because I confronted him for having an affair,” said a divorced Egyptian woman, who owns a classy nursery in an upper class district of Cairo.

It is typically thought that financial disputes are a common cause of conflict in the upper classes, but the ex-wife, who preferred to stay anonymous, claims that many couples end their marriages due to domestic violence.

“It has become very widespread that wealthy husbands would drag their wives by their hair, caring nothing about their image as fathers in front of their children,” she said, believing that the issue has to do with the psychological status of the husband himself.

The legal dimension of domestic violence in Egypt has been widely debated. According to Egyptian law: “Everyone who molests a female, whether verbally or non-verbally, in a way that offends her modesty in a public road or in a much-frequented place is to be punished by a term of imprisonment and a fine or with either of these two punishments.”

Moreover, according to the law, molestation does not have to be committed openly. It could also be proven criminal if the offending words were whispered in a public place.

Although the phenomenon of domestic violence is a highly sensitive subject, it is clear that traditional reasons have been limited to husbands’ rights to take control over his spouse, women’s strong feelings of inferiority and a variety of psychological aspects to explore in both partners.