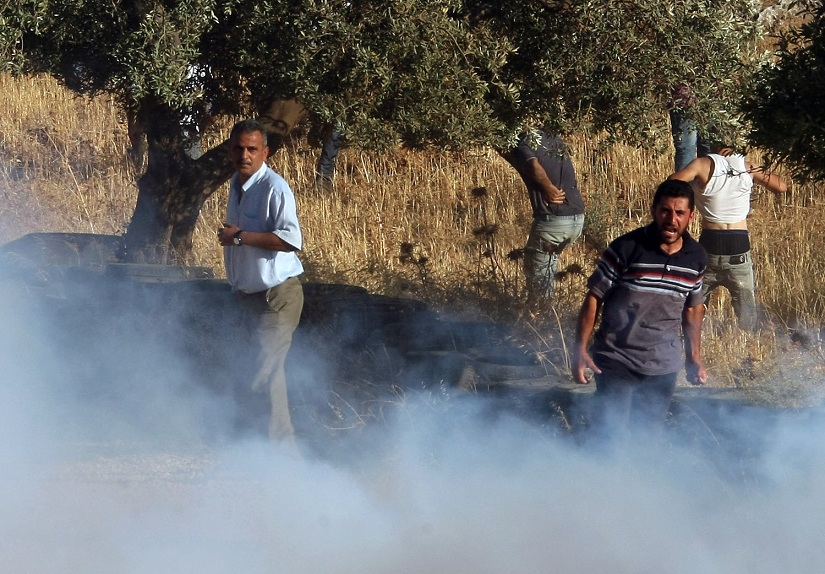 A Palestinian theatre company launched a bus tour on Monday, which will travel the West Bank until October promoting Palestinian solidarity.

Freedom bus is an initiative by Freedom Theatre, a performing arts and multi-media centre based in the Jenin Refugee Camp in the occupied territories. The tour includes Palestinian activists, bloggers and musicians. It is endorsed by activist and political critic Noam Chomsky, among others.

Throughout its journey, the bus will promote, “cultural resistance, and will use concerts, university seminars, playback theatre performances, community visits, hip hop, and giant puppet shows to give voice to life under occupation,” according to the Freedom Bus blog.

Playback theatre is a performance in which the audience is asked to share a story and then the performers transform it into improvised theatre by actors and musicians.

On their first day of touring, the performers visited the village of Faquaa, where the quest to access clean water is a daily struggle for the villagers. The performers carried out their act as Israeli soldiers photographed them and observed them through binoculars.

On Monday night, the tour will reach Nabi Saleh village where weekly protests are held by the villagers against the building of an Israeli settlement.

The founder of Freedom Theatre, Juliano Mer-Khamis was the son of a Palestinian Christian father and a Jewish mother who was an activist for Palestinian rights. He was assassinated by masked militants who shot him five times outside the theatre.

The Freedom Bus follows numerous previous acts of Palestinian solidarity, many of which were stopped by Israel. The most recent attempt was organised by the Welcome to Palestine campaign in which around 100 activists attempted to cross the Allenby Bridge from Jordan to the West Bank.

They were denied entry after admitting to authorities that they were going to Palestine as activists. A similar attempt was also carried out by activists in July 2011 and in April where activists flew into Ben Gurion Airport. Most of the activists then were detained and deported.