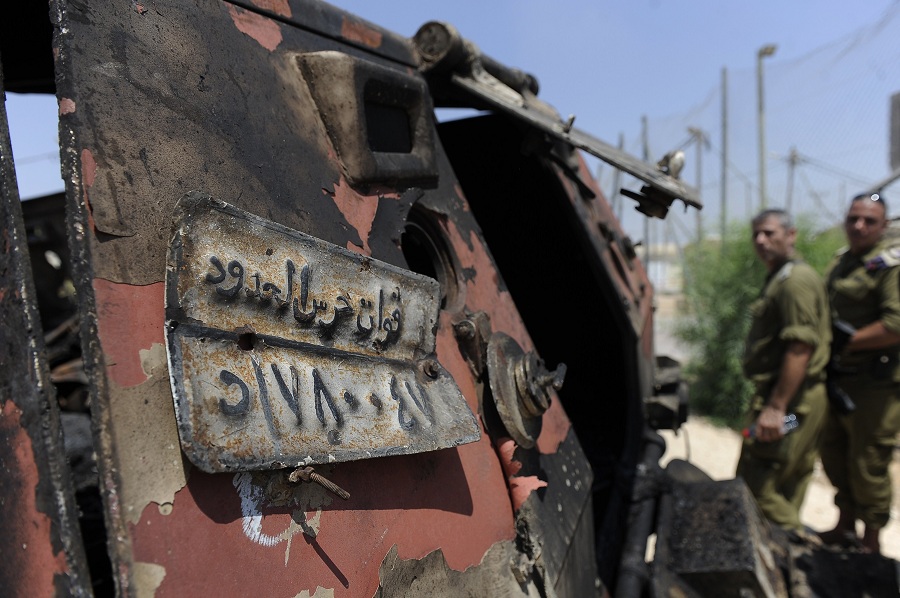 The Supreme State Security Court of Emergency, an extra-judicial court, delivered a verdict Monday on the perpetrators of a deadly attack against a police department in North Sinai last year.

According to state-run Al-Ahram newspaper, 14 were condemned to be executed, four received life im prisonment and six were acquitted.

Mohamed Zare’, human rights lawyer and head of the Arab Organization for Penal Reform said “This ruling is deterrent, especially because of what is being carried out by elements in Sinai.

It also is proof of fears the country has of Jihadists,” he added. Zare’ believes the verdict proves “the gravity of the crime and the extent to which the country , both its executive and judicial bodies, is alert to this type of crime.”

“They [the defendants] still have a chance to appeal the ruling,” Zare’ said, adding it is unlikely the 14 executions will be carried out.

In murder cases there are several punishments allowed by law, “executions, hard labour for life or 15 years in prison,” Zare’ said.

As a general rule, “sentences of execution are handed out in the cases of the most dangerous of crimes…. When there is killing without distinction or terrorising citizens,” Zare’ explained. In cases of executions the entire bench, including all judges, has to agree on the decision before it is issued.

Tarek Abdel-A’al head of field work for the Egyptian Initiative for Human Rights said, from a human rights perspective, the sentence is very harsh, especially considering the international trend towards abolishing the death sentence. Abdel A’al urged President Mohamed Morsy not to ratify the sentence and to abolish the death sentence.

The attack of July 2011, carried out by the “Tawhid” and “Jihad” Islamist groups, left six security men dead. They targeted a commercial bank in addition to the police station. Jihadists in north Sinai villages have a history of tension with Egyptian security dating from Mubarak era. Some of them would like an Islamic Emirate in Sinai.

One of those convicted, Hamada Abu Shita, has repeatedly carried out attacks against Egyptian security. He was recently arrested as part of Operation Eagle, launched by Egyptian Security following deadly attacks on border security on 5 August leaving 16 security men dead; it was the first of a string of smaller attacks by militants in north Sinai. He has received a death sentence for his involvement in this attack.