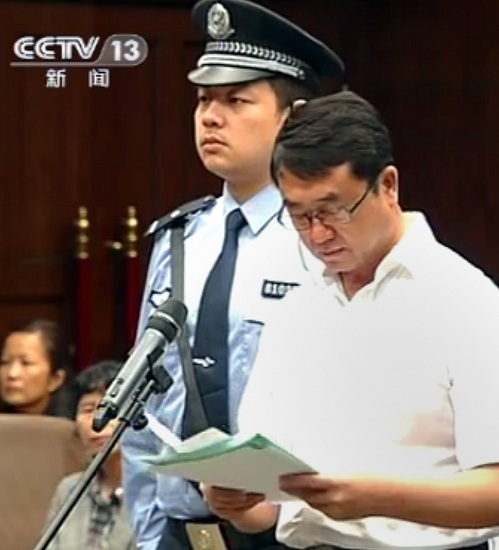 A Chinese police chief who aided the cover up of the murder of British businessman Neil Heywood in November was sentenced on Monday to fifteen years in prison, AP reported.

Wang Lijun was jailed for attempting to defect to the United States and for helping Gu Kailai cover up Heywood’s murder. Gu was already onvicted of murder and handed a suspended death sentence.

Gu Kailai is the wife of Bo Xilai, a Chinese communist party official who fell from grace. Wang used his position as police chief to operate as Bo’s inside man, setting up unauthorised surveillance and taking bribes from businessmen who were connected with Bo. in February he attempted to defect to the United States by making a dash for the consulate after falling out with both husband and wife, AP reported. He was stopped by Chinese authorities and the murder scandal became public.

This is the worst and most public scandal the communist party dealt with in decades. With an expected leadership change next month, AP reports the party will want to put the scandal behind them and will be announcing dates for a meeting to decide Bo’s fate.

Publicity over Wang’s trial has not done Bo any favours, revealing how Wang approached Bo with the revelation of Gu’s crime, which Bo ignored. The account also told of how Wang recorded Gu admitting to murdering Heywood because she feared for the safety of her son because of a financial dispute.

At Wang’s sentencing, it was revealed he assisted the murder investigation, which led some to believe that Wang received a reduced sentence. Dali Yang told AP, “the revelation against Bo Xilai provides ground for the central leadership to dismiss Bo formally and, if they choose to do so, presumably to bring criminal charges.”