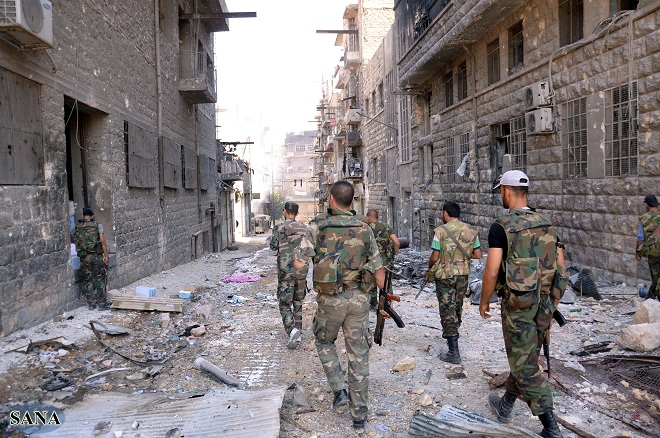 As the United Nations Security Council (UNSC) gathered on Monday for a briefing from the UN envoy to Syria Lakhdar Brahimi, activists in Syria reported that government planes had bombarded the central district of Maadi in Aleppo.

The Local Co-ordination Committees, a Syrian activist network, reported that at least 24 people had died on Monday across the country, with 15 fatalities in Aleppo. The network reported that bodies were still being pulled from the rubble of two buildings that collapsed following the bombardment.

In preparation for the UNSC briefing, Brahimi met with UN Secretary General Ban Ki-Moon on Saturday. Ki-Moon and Brahimi agreed the situation in Syria was “a steadily increasing threat to regional peace and stability.”

In a press statement issued by Ki-Moon’s office, Brahimi and the Secretary General noted the growing level of violence in Syria and committed to work towards an inclusive political solution that will address the legitimate demands of the Syrian people. The UNSC has so far been unable to agree on a solution to the situation in Syria. China and Russia have vetoed proposals put forward to the UNSC three times.

On Sunday representatives from 20 different opposition parties within Syria gathered in Damascus for a government sanctioned meeting calling for a peaceful end to President Bashar Al-Assad’s reign.

A speaker at the conference, Mohamed Nasser Hamou, delivered a speech to the conference in which he called for an end to the violence. “We are not terrorists or gangs, we are youth who want freedom and want to live in a democratic country that guarantees dignity and a better future,” Nasser Hamou said.

The opposition groups present at the meeting do not seem to have the support of the Free Syrian Army, who called the meeting a “plot to mislead the international community to think there is a negotiation in place,” the BBC reported. One of the organisers of the meeting, Raja Al-Nasser, called for a truce which could “open the way for a political process… which guarantees a radical political change, an end to the current regime and a serious and genuine democracy,” according to the BBC.

Meanwhile, the Syrian Observatory for Human Rights (SOHR) reported that at least 100 people had been killed on Sunday, including 56 civilians. SOHR documented ongoing clashes in several neighbourhoods in Damascus, as well as Hama, Deir Ezzor, Dera’a and Raqqa.

The UN estimates there are over 260,000 Syrian refugees in neighbouring countries and an estimated 2.5 million people in desperate need of humanitarian assistance within Syria.