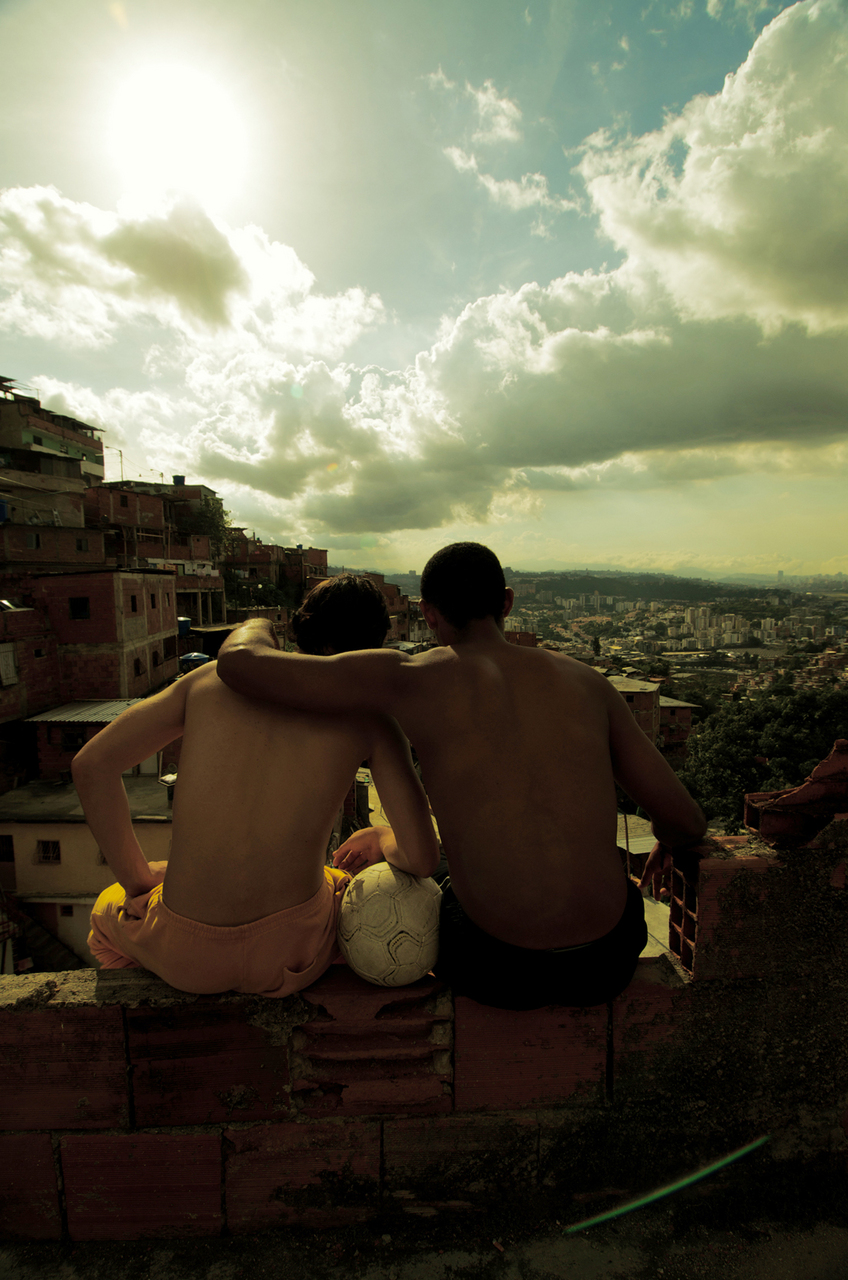 The Venezuelan Film Week opened last night with a reception and the screening of the first of four films of the programme. Until 26 September four films will be shown in the Creative Centre in the Cairo Opera House with English or Arabic subtitles to offer an interesting insight into the diversity of the film industry in Venezuela.

The film that opened the festival, Tocar y Luchar (To play and to struggle), from director Alberto Lavero won several international prizes when it came out in 2007. The film tells the story of the unique Venezuelan Youth Orchestra System. What started as a small initiative to expose Venezuelan children to the beauty of music developed over time into a mindboggling organisation of hundreds of orchestras in nearly every town and village in the country. This astounding initiative has not only introduced nearly every Venezuelan child to the wonders and importance of music, it has also given the world some of the highest regarded musicians and conductors of modern time. The film follows the journeys of some of these international success stories and includes interviews with some of modern day’s classical music greats.

Tonight the film Miranda Regresa (Miranda returns), tells the story of the life of Francisco de Miranda, a leader of the Venezuelan independence movement at the beginning of the 19th century. The historical film follows the events in the life of Miranda, and his political dream to create the republic of Colombia after the Spanish were defeated. Miranda’s version of Colombia would have stretched over a large part of South America. According to the history books, Miranda led an interesting life and even if his struggle for independence failed, it was less than two decades after his death that most countries won their independence from Spain. It was the first major film coming out of the state funded and run production house that was initiated by President Chávez. The film will be subtitled in Arabic.

Una Casa con Vista al Mar (A house with a view of the sea) features the relationship between a father son and their dreams. Set in the foothills of the Andes, violence tears the family apart until a stranger intervenes and brings father and son back together. The film will be shown with Arabic subtitles.

The festival will conclude on Wednesday with Hermano, (Brothers). The 2010 film was director Marcel Rasquin’s first feature movie and received mostly favourable reviews. Set against a backdrop of gritty slums, the film follows the story of two young men who use sport to rise above their poor and violent surroundings. The sports segments are full of action and even if the story has been accused of being a bit heavy on the melodrama and the subject matter is far from new, the performances of the actors has been universally praised. The movie will be shown with English subtitles.

The Venezuelan Film Week features a selection of films from all different genres, effectively introducing the richness of Venezuelan cinema to the Cairo public. All films start at 7pm and admission is free.