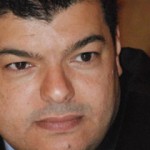 Statements on investment and economic achievements made by Mubarak-regime ministers were never met with trust by the general public, while specialists could see that they were nothing more than media fireworks systematically set off to improve the picture of utter destruction the country’s state of affairs had reached.

A simple review of the number of housing units built according to these statements, the lands reclaimed, and the jobs provided, would have you believe we were suffering from a surfeit of housing, that we had contributed to the reclamation of land from Sudan and other countries, and that the youth of this nation was living in luxury, rather than starving in search of their daily bread.

As President Mohamed Morsy undertakes a variety of tours to promote investment, some have sought to exaggerate the results of these visits, as if investors are now lining up. However, everyone’s current thirst for positive news and brighter prospects for the future does not justify painting a rosy picture in the same way the previous regime did.

Statements made by Hassan Malek, president of the Edba’ (‘Begin’) organisation and the head of a communications committee between businessmen and the presidency, reflect the necessary precision in assessing the results of investment promotion. He confirms that the agreements, which have been estimated at USD4.9 billion, are no more than ‘an understanding’.

Meanwhile, a prominent official in the Freedom and Justice Party drew a comparison between the highest level of direct foreign investment during the Mubarak era (around USD12 billion) and the results of the China visit, saying, “in one visit by the president, we made USD 4.9 billion.” This leads one to wrongfully assume that the visit actually raised investments of this size and that they will be made within the year; an inaccurate statement that has no credibility.

The media also share in the responsibility of promoting these numbers and announcements, as though they were mouthpieces with no role in verifying them.

We should also be careful not to depict the efforts being made to encourage investment as a gift from the heavens to those currently ruling the country. A review of the archives confirms that Ahmed Nazif’s last cabinet also oriented itself towards China and Asia’s rising economies, in addition to door-knocking delegations geared to the American market.

These efforts did not bear fruit in the desired way, for three main reasons, in my opinion. The first was the absence of political will by the head of state, Mubarak, in narrowing the gulf between the modest economic level of Egypt and countries that experienced great booms during the period of his reign, in particular East Asia, Brazil, and Vietnam.

He was content to compare what he was achieving with what was already there. This is why the inauguration of a new bridge was one of the key tasks that he was always keen to perform. The period of Alzheimer’s that the political climate suffered has now passed with the arrival of a new president. His behaviour makes it clear that he is determined to achieve great economic advances.

The second reason was the barrier the opacity of the post-Mubarak future represented to foreign investment in Egypt. While capital was being aggressively directed towards emerging markets, Egypt was seen as a land of lost opportunities: opportunities that were deemed too risky amid the dictatorial regime of Mubarak and his cohorts; fears of Islamists and the inability to foresee the model they might follow post Mubarak; and the position of the military with their command of wide sectors of the economy.

The third reason is that corruption is no longer the systematic mode it was an under the previous regime. Corrupt practices will be threatened now that the people have broken the barrier of fear having overthrown a dictatorial regime. Also contributing to this is the multitude of parties, media competition without a ceiling for freedom, and civil society organisations (CSOs), which have become observers to be reckoned with.

These factors: the existence of political will; the passing of the mystery of the future of post-Mubarak Egypt; and the confinement of corruption and a greater capacity to monitor it do not guarantee the results of the investment-promotion visits.

Any foreign journalist could put the head of state, the minister of investment, and any official in a very embarrassing position with a simple question: “After all the opportunities and benefits you see in investing in your country, do you think that justifies risking being sentenced to jail or the investors finding their contracts annulled after years of pumping their money in, not to mention the bureaucracy that faces anyone who comes to you?”

The usual answers will not be enough to convince investors that the Egyptian promoters are offering anything more than golden opportunities inlaid with landmines, which make opportunities in other markets a safer bet.

For many years the previous regime tricked us into thinking it had prepared a legislative and procedural framework for investment to pour in. This does not mean that no efforts were made, but they were modest ones.

And what happens when we manage to attract investment? Does the end lie in attracting it, or in achieving a higher purpose: investments, expansions, employment of the workforce, export, sustainable economic progress, and other social and economic goals? And, in tandem with these promotional tours and opportunities presented to investors, have we improved conditions for investment at a fast enough pace to attract investment and economic growth? The answer to this question is a resounding no.

The rules of the game have still not changed; the current environment for investment is unsuitable for the announced goal of doubling the domestic product within several years. There are ministries and officials with more influence on the investment environment than the minister of investment himself, or even the president with his statements and tours. Without these other ministries and officials on board, there is no future for the kind of investment that will turn Egypt into a rising economy.

The economic group must include ministers other than the ministers of finance, investment, and international cooperation; first and foremost the ministers of justice, the environment, petroleum, and electricity. The entire cabinet should hold a meeting called “The Environment for Investment” at least once a month.

Imagine a delegation of businessmen or investors actually arriving in Egypt to study investment opportunities, and then reading the headline “Egyptian courtroom annuls contract of sale of Assiut Cement to CEMEX” (despite the factory being sold 14 years ago).

Investors resorting to hedging on international arbitration for their contracts in Egypt is a solution to some projects, but there remains the chaos of lawsuits, conflicting laws, courts taking on cases that are beyond their area of specialization, the modest role of economic courts in providing conflict resolution suited to the nature and complexity of economic and financial cases, investors facing criminal charges resulting from contracts they finalised with the state, and the absence of legal protection for projects while conflicts are being resolved.

Omar Effendi is a prime example of the latter: its branches were closed down and neither the investors nor the workforce nor the state benefited. Everybody lost, and that did not bother anybody.

We have a disaster before us. Respecting the judiciary does not mean the state’s efforts should dissipate. Laws should be rationalised and authorities streamlined into one judicial body for investment conflicts. The minister of justice should immediately move to stop the conspiracy taking place against investment in the name of judicial verdicts. Continuing to ignore the defects in the legal system that governs investment in Egypt will only reap the same results we saw during the Mubarak era.

Efforts to attract investment will be akin to ploughing water, or, in the best case scenario, a few billion dollars here and there that will not achieve the targeted growth and any growth that does occur will only benefit a select few.

Temporary legislation should be issued to protect investments from judicial decisions produced by conflicting bodies, until the system of Egyptian legislature that regulates investment is amended. If we want foreign investments in the near future any decisions issued about privatisation and contracts with the state should not be authenticated until they are approved by the head of state and after exhausting all legal and amicable routes.

Without an environment ministry capable of preparing environmental standards for projects and enlisting international experience in this domain, investment in many sectors, in particular petrochemicals, a focal point of economic progress, will remain threatened by rumours and mass protests.

The Mobco crisis serves as a prime example here. Will there be a new role for the ministry that was treated by the Mubarak regime as a marginal office, despite the environmental hazards Egyptians experience everywhere?

And what will the investor do with workers, amid old laws that do not provide them with clear rights or ensure that contracts guarantee them, making the investor a conman and bloodsucker at the first sign of conflict with the workers, especially in the absence of unions and labour courts? This makes investment in labour-intensive industries unattractive to investors.

Will the minister and president be enlisted to solve every problem with workers, or will there be rules and a clear system to govern the private sector workforce?

Furthermore, if Egypt is suffering from an energy shortage and we are need to import energy, as Rashid Mohammed Rashid, the former minister of trade and industry, claimed was the only solution for economic growth, it is not logical to promote opportunities to investors and then tell them after they arrive that they must supply their own energy, as though they will go and buy it from a supermarket.

Making it a condition that they supply energy is a reductive and improper approach to the crisis and to the role of the state. Its role is to create the rules and mechanisms through which energy will be imported and the cost to the investor.

Before all this, the state must announce its plan regarding energy and the size of the projects it intends to carry out and the time it will take to execute them, so that the investor does not arrive to find everything in darkness.

Investment also requires wide and supportive policies from sectors such as education, culture, and media in order to produce new generations of investors and people capable of working in these projects and promoting the positive role of businessmen, away from the stereotype that they steal poor people’s bread.

Finally, businessmen must give up their policy of hypocrisy towards the ruling regime. Those who are cursing Mubarak and his policies today were yesterday considering him a great, wise leader whose efforts would turn Egypt into heaven on earth.

Those who are only good at ingratiating themselves to rulers should look for another way, especially since the revolution that did away with the Mubarak regime was too lenient on a large number of them. Some of those who have been punished have not committed one per cent of what was done by many others who are now riding on the coat tails of the current regime.

Foreign investment will come, and herein lies the problem: are we ready? The answer is no.