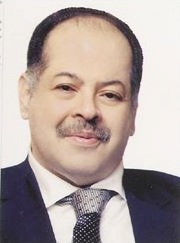 Once upon a time I wrote in Algoumhoria newspaper that we don’t need another Mahathir Mohammad here to score an economic miracle like that of Malaysia. Rather we need the Malaysian people who achieved that leap into the future. The occasion of the aforementioned article was the visit of the Malaysian prime minister to Egypt. Our then talking-machines officials were hit by Mahathir-mania, thinking that he would give them a prescription or a recipe to save our ailing economy.

Unfortunately Egypt went on a fishing expedition to improve its economy. When we started to move forward, even theoretically, 25 January took place. Many misunderstood the noble meaning of the revolution to achieve freedom, democracy and social welfare. Some people only see the revolution as a big demonstration that toppled the dictatorship.

Accordingly, a silly concept occupied the minds of some classes that they could have their rights through the oldest trick in the book; strikes and sit -ins. Our approach to gaining legitimate rights is to use illegal methods.

Recalling the example of Malaysia, strikes and protests are very rare as they are busy in competing with their neighbours to Increase their exports and national economic growth. But we compete here to set a record in strikes and protests (which exceeded 1400 in only 47 days). Actually we, the Egyptians, never care much about the value of work in comparison to other nations where strikes turned into “an old chestnut.”

The average working hours in Egypt was 27 minutes per day. We used to mock the figure, but we should cry instead. Yes employees and many working groups are toiling under price hikes which swallow their incomes on the first day of the month. Nevertheless, strikes and sit-ins went off the scale.

Some classes or categories have every right to scream for wage improvement, but sometimes eyes are bigger than the stomach. Every class or denomination thinks that they are underestimated or aggrieved compared to other class in society. For instance, university employees took part in a huge sit-in at the beginning of the academic year, calling for salary increases for professors and staff members.

It is unreasonable to give a PHD holder the salary of ordinary employees, some of whom did not get high school certificates. University staff are among the highest paid worldwide but the lowest here. But when the government agreed about a special category for them after years of suffering, other employees, who work almost three hours a day, said, “how about us?”

Public transportation drivers and workers are also running a huge strike which almost paralysed Cairo. They eye the increase which train drivers got and want the same. In every part of the globe there is a variance or disparity in wages as it is not reasonable to give everyone the same salary. The strikes in Egypt took a dangerous turn when everyone after any strike wanted to launch their own.

Doctors, who had their cadre created during Mubarak’s era, went on another strike for another increase this year. Teachers did the same and threatened to stop teaching unless they got another allowance after the last one in 2008. The then government of Ahmed Nazif put one condition to give them the allowance, which was to stop private lessons that bring them EGP seven billion a year. At the beginning they agreed, but after the revolution they asked for more. To my astonishment, administrative staff in schools, who never use chalk on blackboards, also asked for extra pay.

Every day we wake up to a strike and go to sleep to a different one. Ironically, strikes have reached the elite students of the AUC who closed their campus, asking to reduce their fees and improve the standard of professors whom they consider unqualified. These strikes will not help our economy grow. As long as we spend the whole day protesting, when will we work?

The more important point is that every time the government responds to some demands two things happen. Firstly, prices soar. Secondly, the government promptly faces another strike asking for more wages. This vicious cycle will never end as we put reforms on ice and let instigators and provocateurs off the hook. They realise that they are asking a bankrupt government to pay. Strikes pushed us to spend most of our foreign currency deposits on strikers’ demands.

Let us ask ourselves, when was the last time we heard about a protest in China? Never, as they are busy trying to overtake the United States to become the world’s largest economy.

The writer is the former editor in chief of both the Egyptian Gazette and Algoumhoria newspapers.