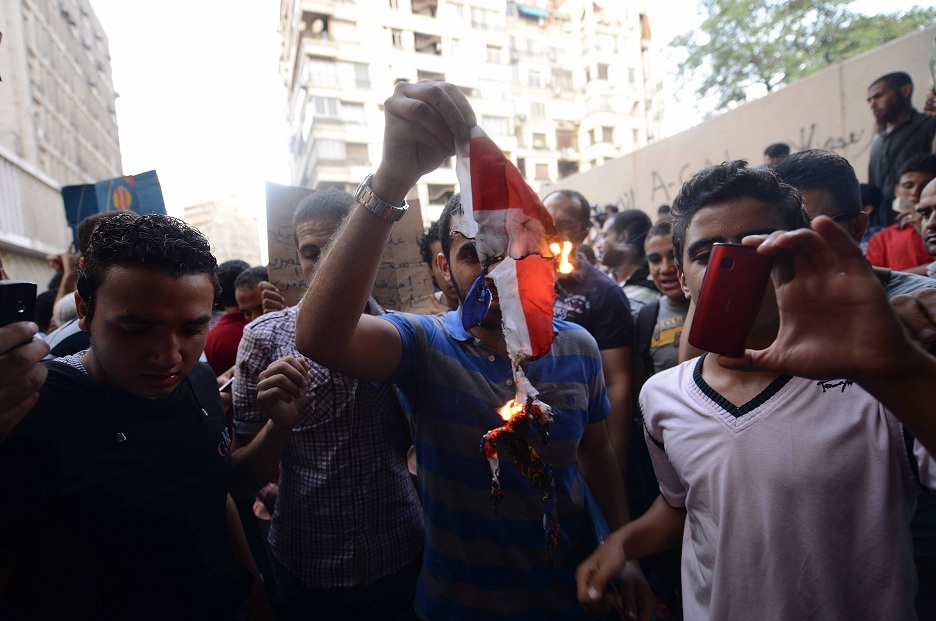 Reports have surfaced that investigations into the Bible burning incident, allegedly committed by Abu Islam Ahmed Abdallah and his son Abu Youssef, began on Sunday morning.

According to the independent newspaper Youm7 and Ona news agency, Abu Islam and Abu Youssef were allowed to leave the state security prosecutor’s office after they turned themselves in. Investigations began in response to a complaint filed by lawyers against the father for burning and tearing the Bible.

On Tuesday morning, state-run Al-Ahram reported that the state security prosecution is resuming investigations into the pair. When contacted, Abu Youssef denied that any investigation regarding the complaint filed against his father had taken place.

“No, we were at the prosecutor’s office demanding to hold a debate between my father (Abu Islam) and   the Holy Congregation. A committee will be formed that includes people from the three doctrines, Orthodox, Catholic and Protestant,” Abu Youssef said.

“The debate will be held to prove that the version of the book we burned and tore up was not a sacred book,” he explained.

Abu Islam was defiant after the formal complaint was filed against him earlier this month. He told the Daily News Egypt that the book he burned was not the Bible. From his perspective no book in the world can be recognised as the Holy Bible. He added that he did what he did with a clear vision and that people who do not understand it should ask him.

“We did go to the prosecutor’s office yesterday (Monday) and today, we went to present documents and today we are presenting CDs and another set of documents,” Abu Youssef said.

Abu Youssef did not mention any developments regarding the complaint filed against his father. According to Youm7, several complaints were filed after Abu Islam, his son and a group of men burned copies of the Bible in front of the American Embassy in Garden City, in response to the movie Innocence of Muslims.

Abu Youssef is of the opinion that complaints against his father will be made irrelevant by the debate, “if we prove that the version of the book burned is not sacred, that it is a book written by five or six people,” he said.

Abu Islam is the owner of Islamic TV channel, Al-Omma TV and runs the Enlightenment Centre which his son Abu Youssef runs one of the projects of

A video released by Al-Omma TV, shows Abu Islam in front of the US Embassy speaking through a megaphone to a crowd of supporters saying that the “time has come for us to quit the policy of disapproval condemnation and denunciation.” On that day, Abu Youssef said that if the “profanity continues,” they will have to do something even more drastic.