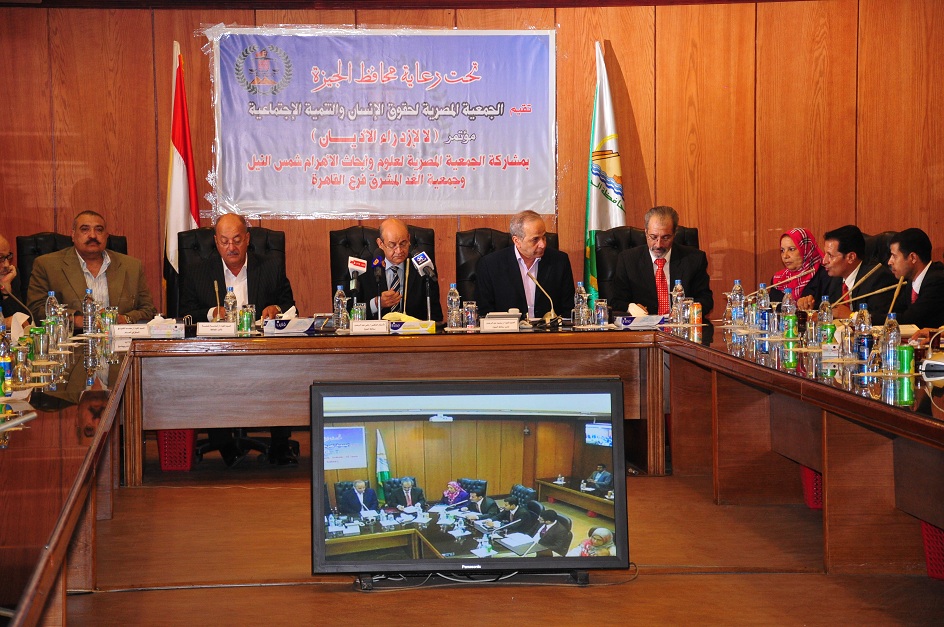 Scientists and intellectuals got together Tuesday night at the Giza governorate building to come up with realistic measures to prevent further incidents in which the heavenly religions of Islam, Christianity, and Judaism were insulted.

The speakers who ranged from nuclear physicists to religious scholars, spoke of the latest incidents in which prophet Muhammad was mocked in a film titled Innocence of Muslims, followed by the offensive cartoons depicting Muhammad in a French magazine.

Many said the problem lay partly within the Islamic world. “We did not present Islam in the right way,” said Abdallah Al-Naggar, one of the guest speakers. “Our way of speaking about Islam was wrong, and the way we explained Hadith (the prophet’s sayings) contradicted the teachings of Islam.”

“Every Muslim has to set an example through their behavior….They don’t read Arabic and they don’t read the Quran. The behavior of Muslims has to change,” Al-Naggar said.

Another speaker, Ahmed Al-Hawary, said the problem starts with education. “Success in the West is very easy, it begins with education. We are very good at making students memorise…we have to start with the basic education.”   Al-Hawary said that by repeatedly talking about outdated ideas, Muslims are simply re-enforcing the image the West has of them.

Mahmoud Seoudi, member of the Supreme Council of Sufi Orders, said that a major part of the problem is when scientists defend religion alone, the efforts do not bear fruit. He urged the speakers to create a committee including prominent scientists, to unite people and lead the youth to work towards presenting religion properly.