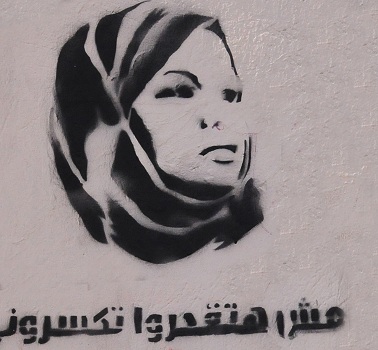 The Egyptian Initiative for Personal rights (EIPR) and the International Centre for the Legal Protection of Human Rights (INTERIGHTS) have filed a lawsuit with the African Commission on Human and People’s Rights demanding reinvestigation of the case commonly known as the “virginity tests” case.

The lawsuit was filed on behalf of two of the 17 women detained after participating in a sit-in on 9 March 2011, Samira Ibrahim and Rasha Abdel Rahman. According to the EIPR statement, a military doctor forcibly conducted virginity tests on the women to protect army personnel from possible rape allegations.

The statement said this move comes after exhausting internal forms of litigation. A military court denied the occurrence of such tests, citing contradictory witness testimonies, and acquitted the doctor on 11 March. EIPR has said the court was biased against the claimants.

The statement said the failure of the Egyptian government to condemn such a degrading practice is a clear violation of the African Charter on Human and People’s Rights which Egypt ratified in 1984.

“The African Commission issues recommendations to governments, they are not legally binding but they should be respected” Ezzelarab said.

He added EIPR and INTERIGHTS demand the Egyptian government admit the tests were conducted;  amend the Military Justice Law to allow civilians subject to military violations to use  to civilian courts instead of military ones, and prosecute all perpetrators of this case, including the doctor and all who ordered or approved the practice.

Samira Ibrahim had previously filed a case against virginity tests in the Cairo Administrative Court and succeeded in getting the tests criminalised on 27 December 2011.

Ibrahim told Daily News Egypt she has faith in the African Commission because it’s unbiased.

Ibrahim added “this case is about the honor of Egypt’s women and in Egypt the law isn’t implemented on the ones with power.”

She said even though the African Commission can only issue recommendations, such a move would make anyone think twice before violating women’s rights in Egypt again, she also said that since she filed her case, such violations have almost stopped happening.

“After I came out and revealed what happened to me I was attacked by the media and by people in the streets, but I don’t care, I’m not afraid anymore and I’m defying the traditions of the society that blame female victims of harassment.”

He added that if the lawsuit was rejected, the only reason would be that Abdel Rahman didn’t pursue the case to the highest judicial level inside Egypt. However, Ezzelarab argues Ibrahim filed the case with Egyptian courts on behalf of all 17 women. She reached the highest judicial level and she got nowhere, “so Rasha Abdel Rahman really has no chance.”

“This lawsuit is an attempt to challenge the impunity of the Egyptian military which used sexual intimidation techniques against female protesters, usually followed by defamation campaigns against the claimants,” Ezzelarab said

“These cases usually receive strong reactions at first then they are soon forgotten; when you talk to any of those girls you can feel their suffering and that’s why we have to keep the memory alive.”

The commission will determine its initial position on the lawsuit upon its next meeting in October in Ivory Coast.