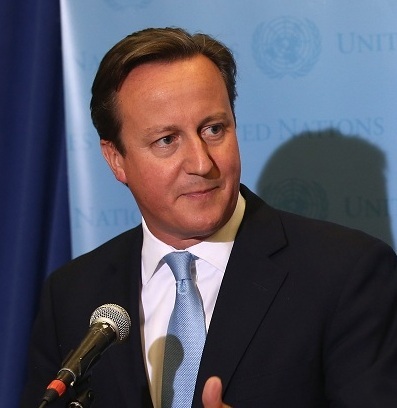 UK Prime Minister David Cameron has told President Mohamed Morsy that he is committed to release financial assets in Britain, which were frozen because they were controlled by the ousted President Hosni Mubarak. Cameron also said that General Sir David Richards, the chief of defence staff in Britain, will visit Egypt soon to discuss British training for the Egyptian military, AP reported on Wednesday.

The value of Egyptian assets currently tied up in Britain reaches up to $160 million, AP report. In another meeting Cameron also made a similar pledge to the new Libyan president, Mohamed Yousef El-Magariaf.

A UK foreign office spokesperson confirmed the details of Cameron’s pledge, stating that the UK will “establish a UK Taskforce to support Arab Spring countries in gathering evidence that will enable them to pursue court cases that will enable us to return assets to the people.” The spokesperson also said the UK will “appoint a Cairo-based UK Regional Asset Recovery Advisor by the end of January.”

Early on it was reported that Richards would head a team that would give advice to Egypt on how to prevent Bedouins from smuggling in the Sinai.

However the UK ministry of defence has officially denied these reports in an email sent to the Daily News Egypt.

Chief Press Officer for Defence Staff Darragh McElroy confirmed that Richards will be travelling to Egypt in the next few months. He said that a range of topics will be discussed “but the topic of smuggling among the Bedouin tribes is not one that we recognise as a topic for discussion.” McElroy added, “he is certainly not leading a team out to Cairo to discuss this issue.” He was unable to confirm a specific list of issues to be discussed as it is expected that discussions will be about “military issues in general.”

The Ministry of Defence stated that this issue was “none of our business,” and there was no media representative available for comment at the Cabinet of Ministers.

The Guardian and the Telegraph both cite a senior UK government source who said, “President Morsy, newly elected, is making an interesting and quite impressive start.” Referring to concerns over Egypt electing an Islamist president the source added, “You have got to judge people by what they do. He [Morsy] made an impressive start going after the militants in Sinai.”

Morsy ordered the crackdown in the Sinai but attacks on Israeli border forces, as well as Egyptian police patrols, have continued to occur. Morsy’s actions have eased Israeli concerns over Egypt’s new Islamist government but the incidents in the Sinai have tested the relationship between the two countries. The apparent motive behind the alleged advisory team was to bolster the Egyptian-Israeli relationship, by advising Egypt on how to deal with Sinai militants.

The foreign office spokesperson also highlighted that the UK would “seek changes to the EU regulations that freeze assets to allow for greater information-sharing with the Egyptians and other Arab Spring countries.” This is a significant move forward in reclaiming financial assets for Egypt and Libya, as other countries in the EU also froze the assets of Mubarak and the Gaddafi family.