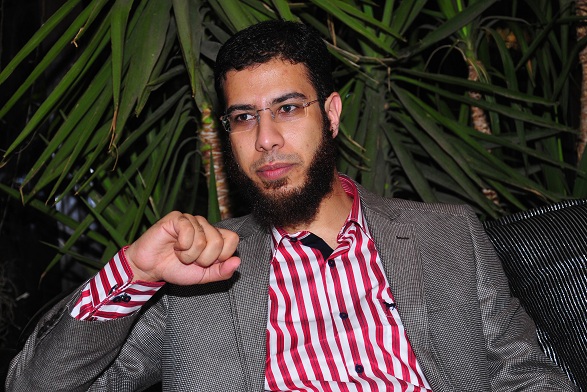 The conflict at the Salafi Al-Nour Party reached a boiling point Wednesday as members of the high board announced the removal from office of party Chairman Emad Abdel Ghafour on the official Al-Nour website.

The party’s official Twitter account on the other hand tweeted that it was Abdel Ghafour who fired and replaced several high board members for their affiliation with presidential runner-up Ahmed Shafiq.

According to a statement on the official party website, the high board met on Wednesday with most of its membership present and decided to relieve Abdel Ghafour of his duties, since his term as chairman ends in September and because he was chosen as a presidential assistant.

The party by-laws state that the first chairman is to serve a one year term before internal elections are to take place and the new high board elects a new chairman. The current high board voted to relieve Abdel Ghafour and appoint his Vice Chairman El-Sayed Mostafa Khalifa in his place.

The high board posted an official statement announcing the decisions with the signatures of the members who attended the meeting and official stamps on the paper.

Abdel Ghafour’s faction is apparently challenging the decision however. The party’s Twitter account, which is under their control, posted a series of decisions by Abdel Ghafour which include sacking several high profile high board members such as former People’s Assembly Deputy Speaker Ashraf Thabet, Younes Mekhion who represents the party in the Constituent Assembly, and Galal Mura.

The account also announced that official party spokesperson Nader Bakar was relieved of his spokesperson duties and that only his fellow spokespersons Yousry Hammad and Mohamed Nour are allowed to speak to the media on behalf of the party.

“The news of my firing is not true,” Bakar tweeted Wednesday. “The official Nour Party Twitter account has been hacked a long time ago and I have explained this many times,” he added.

Abdel Ghafour’s faction claims the high board members were fired because they had met with presidential runner-up and former President Hosni Mubarak’s final Prime Minister Ahmed Shafiq on the eve of the election results announcement.

“The party will cleanse itself from all of those who have ties to the National Democratic Party or the former regime,” tweeted the official account.

The dispute originally started when Abdel Ghafour ordered the freezing and cancelation of internal party elections and the high board went against him and voted to carry on with them.

The actual leadership of the party is currently unclear with both Abdel Ghafour and Khalifa claiming chairmanship.