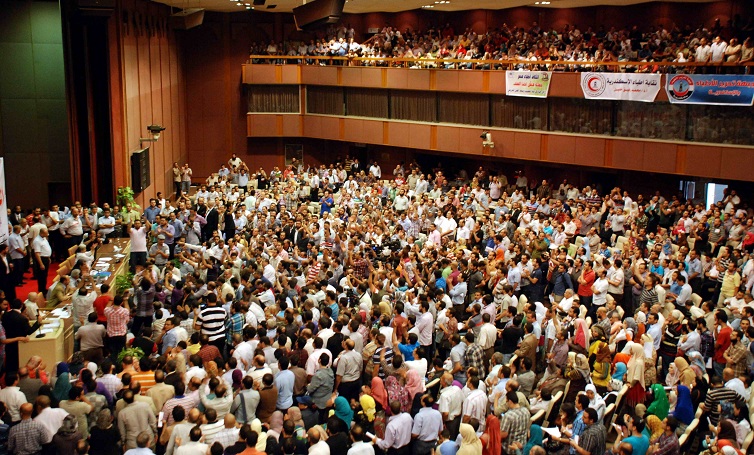 The general secretary of the General Doctors’ Syndicate met on Saturday with the peripheral syndicates in Egypt’s governorates to arrange a process for cooperation after the doctors go on strike, beginning Monday, 1October.

Syndicate board member Ahmed Lotfy said Saturday’s meeting was a success, finalising communication channels between the Interior Ministry and the Ministry of Health and also between the ministries’ branches in the governorates and the central ministry. The parties will meet again next Friday to review the events of the strike’s first week.

“We suspect there will be problems dealing with the patients,” Lotfy said. “We want [the government] to provide extra doctors so that we can continue to provide out-patient care, keep open the emergency rooms and the ICU, and also provide vaccination for infants and children.” Saturday’s meeting also added pediatrics, cancer clinics, and topical and fever clinics to the list of sites that will remain operational.

“We are worried there may be a negative backlash from the patients,” added Moustafa Al-Beheiry who recently suspended a hunger strike. “We are afraid that the media will blow the situation out of proportion and that people may harass the doctors.”

Other preparations have been made to ensure patient care while the doctors strike. “Throughout the strike, they can pick up their medication every Thursday,” said Ehab Taher, the treasurer of the Doctors’ Syndicate in Cairo.

Saturday’s meeting is one of the final steps as Egyptian doctors brace for a strike that has no set end date. “The strike is open, the end point is not predicted,” said Lotfy.

“There is no end in sight,” agreed Al-Beheiry. “We have seen nothing concrete, and we don’t want promises.”

Among other demands, Lotfy and Al-Beheiry said the doctors are asking for, “the percentage of the federal budget allocated for health to be raised to 12 or 15 per cent.” Currently it stands at five per cent

The head of the Doctors’ Syndicate, Khairy Abd Al-Dayem, walked out of a General Syndicate meeting two Friday’s earlier. However, Lotfy confirmed that Al-Dayem is fully behind the strike.