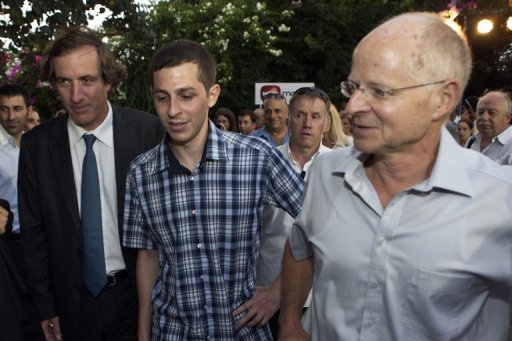 GAZA, Palestinian Territories (AFP) — The Hamas rulers of Gaza called Friday for a media boycott of next month’s Barcelona-Real Madrid derby if the Catalan club goes ahead with plans to welcome Israeli soldier Gilad Shalit to the game.

The Palestinian Islamist group, which held Shalit captive for more than five years until his release in a prisoner exchange in October last year, said his attendance at the game on October 7 would be offensive.

“We call on all Muslim, Arab and Palestinian media not to broadcast this game if Shalit attends,” Hamas spokesman Sami Abu Zuhri said.

“FC Barcelona’s invitation to the criminal Shalit so they can pay homage to him is an offence to sentiments of the Palestinian people and to Arab and Muslims because Shalit is an Israeli soldier who was on a tank taking part in the killing of Palestinian civilians when he was captured (in 2006),” he said.

“We urged FC Barcelona to cancel the invitation.”

In a statement posted on its website on Thursday, the club denied that it had invited the Israeli former captive, insisting it had merely agreed to a request from the keen football fan to attend the game.

It said that in the face of protests by pro-Palestinian groups, it had also invited both Palestinian federation chief Jibril Rajub and footballer Mahmud Sarsak, who was freed in July after nearly three years held without charge in Israel, as well as the Palestinian envoy to Spain.

But Sarsak told AFP on Friday he had yet to receive the invitation.

“When I get it, I’ll decide whether or not to go if Shalit is also going,” he said.