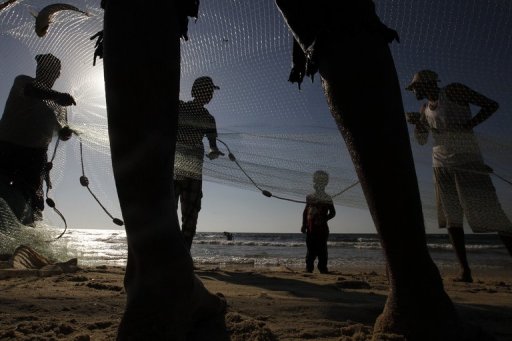 GAZA, Palestinian Territories (AFP) — The Israeli navy have killed a Palestinian fisherman and wounded another in the northern Gaza Strip, Palestinian medical officials said on Saturday.

“Fahmi Abu Rayash and his brother arrived wounded at Beit Lahiya hospital late on Friday morning. Fahmi, who suffered a gun shot wound to the leg, lost a lot of blood and died before midnight,” the official told AFP.

The brothers had been near the coast off Beit Lahiya along with other fishermen when the naval forces fired on their boats, the Gaza fishing union said.

An Israeli military spokesman was unable to confirm the shooting.

Israel imposes a strict maritime blockade of the Gaza Strip, restricting the access of Palestinian fishermen to three nautical miles of the Mediterranean Sea.