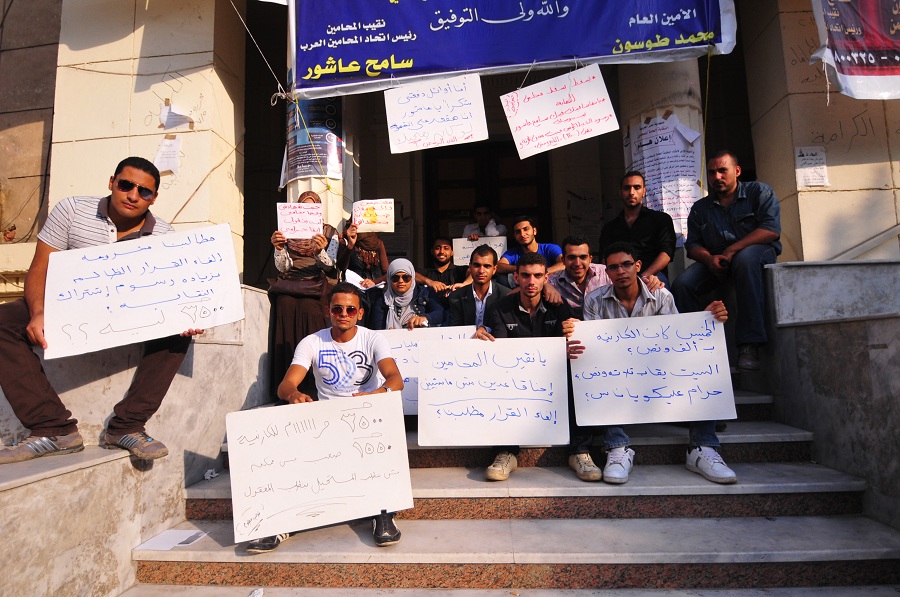 A decision to double membership fees at the lawyers’ syndicate was reversed by a court ruling on Sunday, after a day-long special session.

“The decision came at the first and only session to be held for this case,” Ahmed Hossam, lawyer at the Egyptian Initiative for Personal Rights (EIPR) who was one of the lawyers who filed the suit, said.

The syndicate had justified the increase saying it was “drowning in debt,” but that didn’t give them the right to assign the fresh graduates the responsibility to pay for the syndicate’s uneconomical policies over the decades, Hossam said.

The EIPR had filed the lawsuit after being approached by the group of protesting lawyers and law graduates on 9 September, requesting legal action to dispute the fee increase.

Head of the Lawyers’ syndicate Sameh Ashour said that in 2011, the syndicate discovered that assets had dropped from EGP 136 million to EGP 96 million, signifying a large difference between costs and expenses. The rise in fees, planned to increase from EGP 1550 to EGP 3500, were to correspond with the increasing amount the syndicate spends on its hundreds of thousands of members and the thousands of new lawyers seeking to enter the syndicate yearly. He stressed that the fees paid to the syndicate are allocated for the benefit of those who pay them.

Law school graduates are not allowed to practice law until they become members of the syndicate.