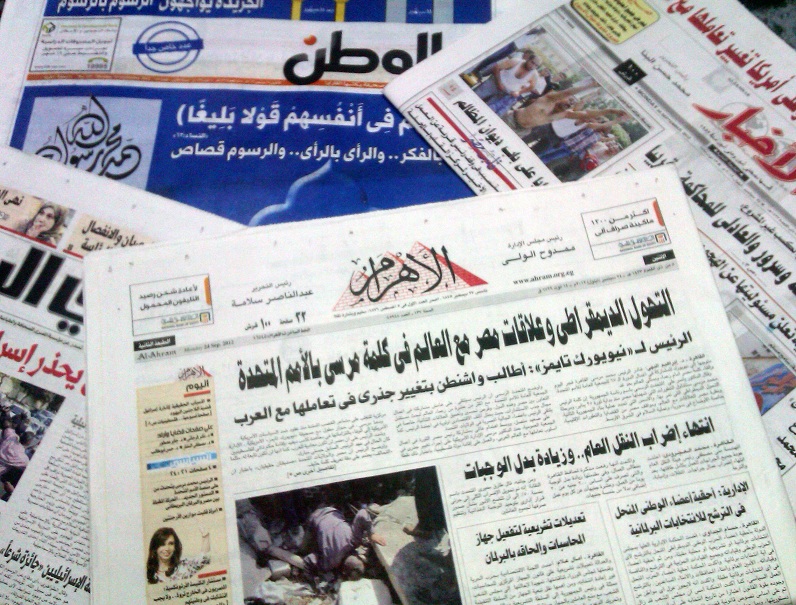 The appeals examination department of the supreme administrative court has adjourned a review of the Shura Council’s decision to allow nominations for the positions of editors in chief of state-run newspapers. The court will consider the matter again on 19 November, after examining the commissioners’ report.

The appeal was filed by Hafez Abou Seada, head of the Egyptian Organization for Human Rights, on behalf of Mahmoud Nafady, the deputy editor in chief of Al-Gomhoreya newspaper along with Yehia El-Qalash and Gamal Fahmy.

The appeal contends that the Shura Council’s decision violated the law, as two thirds of the council members were not appointed and, according to article 37 of the constitutional declaration, the jurisdiction of the council does not include appointing editors in chief.

Mahmoud Nafea, former editor in chief of Al-Gomhoreya state-run newspaper, said it was impossible to reverse the Shura Council’s decision, “the new editors in chief and chairmen have already been chosen, the annulment of the decision wouldn’t make any sense, especially since the Shura Council itself is prone to dissolution” Nafea said.

In another development, Ahmed Fahmy, president of the Shura Council and the Supreme Press Council decided to cancel the bonuses of former editors in chief and chairmen of State-run newspapers, reported Al-Ahram.

Fathy Shehab El-Dine, head of the culture and media committee of the Shura council, said that these bonuses were allocated by Safwat El-Sherif when he was the minister of information under the previous regime. They were intended as a monthly payment made to editors in chief and newspaper chairmen after leaving office, on top of their official pension.

Shehab El-Dine said these bonuses were about EGP 25,000 a month at Al-Ahram newspaper until former chairman Labib El-Sbaaey reduced it to EGP 10,000 a month in 2011, reported Al-Ahram.

“Safwat El-Sherif created these bonuses for some chairmen and editors in chief as an exception, and we are now in the time of no exceptions” said Nafea.

On a separate note, Vice President Mahmoud Mekky met with the editors in chief on Monday to stress the importance of journalism in political life and further understanding and communication between the state and the press.

The meeting lasted about three hours and Mekky promised regular meetings with the press to discuss social and political issues that concern Egyptian citizens.