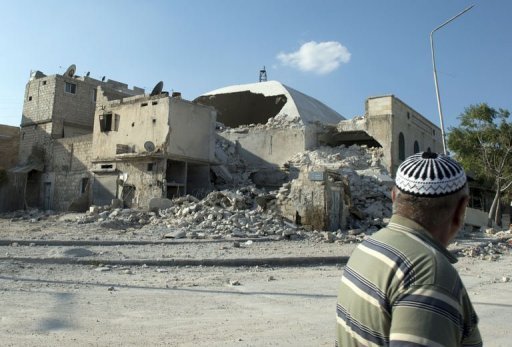 Syrian authorities have notified the interim Egyptian ambassador to Damascus Alaa Abdel Aziz on Monday that they are holding eight Egyptian citizens in custody for illegally entering Syria through its border with Jordan.

According to a statement released by the Egyptian Ministry of Foreign Affairs, the ministry is currently trying to bring the Egyptians home and expects to do so by the end of the week.

The news follows a warning by Egypt’s consul to Istanbul, Wafa’ Al-Hadidy, that Egyptians were attempting to reach Lebanon via Syria, according to a statement released by the Ministry of Foreign Affairs on Saturday.

The statement revealed the existence of gangs smuggling Egyptians to Lebanon, a dangerous journey in which the smuggled might be arrested or even killed. According to the statement, three Egyptians who were recently extradited from Turkey confessed to having paid middlemen in Dakahleya EGP 22,000 each to have them trafficked to Lebanon.

The trip took them to Istanbul with fake non-Egyptian passports, where they then attempted to enter Syria. The three Egyptians were shot at trying to cross the border and turned back to Turkey to attempt to return to Egypt.

However, the smugglers insisted on returning them to Syria where they held them for 20 days. They were finally freed by the Free Syrian Army which arrested them and transferred them back to Turkey, where they turned themselves in and the Egyptian consulate helped them return to Egypt.

Another similar attempt to enter Lebanon was also reported in early September, when four Egyptians were arrested by Syrian authorities as they were attempting to enter Syria from Jordan.

The ministry’s spokesperson Amr Roshdy said in a statement that “the last thing the Egyptian Embassy in Damascus currently needs is more Egyptians sneaking into Syria illegally; they impose extra burden on the embassy, already struggling with getting all the Egyptians trapped in Syria out.”