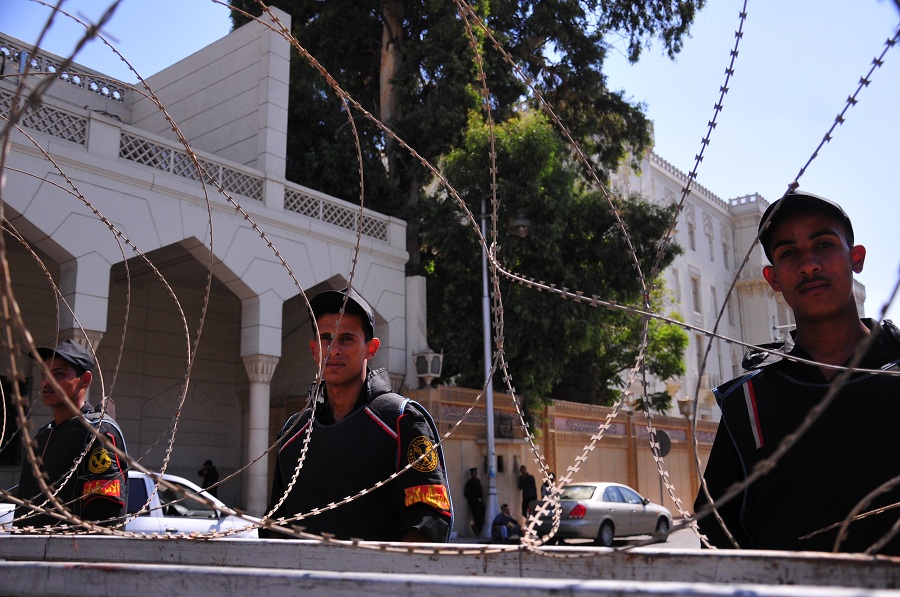 Amnesty International has provided the government with a reform proposal to protect human rights in Egypt. The global human rights organisation made urged President Mohamed Morsy to undertake reform of police and security institutions during a conference at the Press Syndicate.

The conference, held on Tuesday, also launched Amnesty’s Brutality Unpunished and Unchecked report on accountability for abuses during the rule of the Supreme Council of Armed Forces (SCAF) and the Agents of Repression report which documented cases of police abuse after the regime change.

Mohammed Lotfy, researcher in Amnesty’s MENA Programme,  referred to the numbers and statistics in the reports as official, and “not just numbers”.

“These are people who sacrificed their lives and health for the sake of proceeding and achieving the goals of the 25 January revolution,” said Lotfy. Using excessive force against protesters, or killing them, does not adhere to international law, he said, adding that the use of live ammunition should always be a last resort.

Victims and families of those mentioned in the report attended the conference, where they were given the opportunity to talk about their struggle for truth and justice. “When will the president investigate in our cases, and when will he make our dreams come true?” Mary Daniel asked.

Said Haddadi, researcher at the MENA programme, discussed the Agents of Repression report. He said the goal of the report was not only to draw attention to cases of abuse. For many years the Egyptian people perceived the police as a body to be avoided, rather than an institution to resort to for protection, highlighting the need for reform of the police force.

Hassiba Hadj Sahraoui, deputy director of Amnesty’s Middle East and North Africa (MENA) programme, said the organisation hopes to meet with the Ministry of Interior Affairs, the Ministry of Justice and the public prosecutor. “We have not yet received an answer, from the office of President Morsy, to the memorandum addressed to his office”, she said.

Sahraoui said Amnesty also hopes the authorities will grant access to United Nation experts so they could together develop an agenda for change, having human rights at the center of the reform.

Amnesty provided Egyptian authorities with advance copies of the reports.