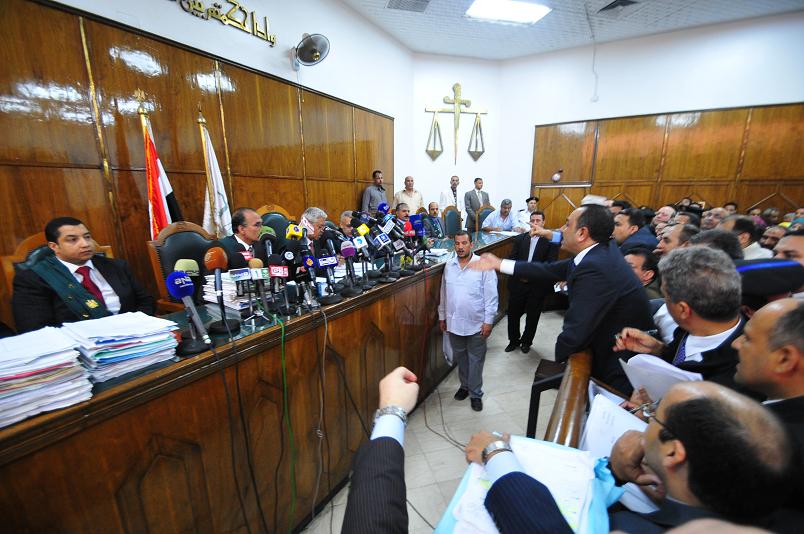 The Constituent Assembly tasked with drafting Egypt’s next constitution will likely be able to complete its constitution draft and hold a referendum on it before the Administrative Judiciary Court can rule to dissolve the body.

The assembly is facing a dissolution case but the judge postponed the case to 9 October. The judge will not necessarily make a verdict then either.

The Constituent Assembly is in its second incarnation after the previous one was dissolved by the same court for having members of parliament make up half its membership.

The current assembly also had parliamentarians among it, but the lower house of parliament, the People’s Assembly, was dissolved and members of the upper house, the Shura Council, all resigned their seats in the assembly.

Islamists are accused of trying to hijack the constitution drafting process, with the 100-member assembly including over 60 Islamists. Its bylaws require constitutional articles to gain the support of only 67 members to pass.

“One party or group taking over means that it will draft a constitution based on its whims. The People’s Assembly was dissolved and so should the Constituent Assembly it elected,” said Gamal Abdel Hakim who was protesting at the State Council.

“Even at the time of its formation the Constituent Assembly was illegitimate. A constitution is a social contract between the state and all segments of society and any body drafting one should be representative of all these segments,” he added.

Former independent member of parliament Hamdy El-Fakharany was present at court and argued against the assembly, calling for its dissolution. In his argument, El-Fakharany said some members of parliament were not even informed of the time and place of parliamentary sessions scheduled for electing Constituent Assembly members.

“I assure you, your honour, that many members of parliament voted people into this Constituent Assembly without even knowing their names. They were given a list of 100 names to vote for out of over 1,000 with most names being unknowns without even titles or occupations written against the names,” he said, addressing the bench.

Former presidential candidate and Egyptian Centre for Economic and Social Rights director, Khaled Ali, was also present as a plaintiff, representing himself.

Ali argued that the bill that President Mohamed Morsy signed into law to protect the Constituent Assembly was invalid because he had signed it after the body that passed it, the People’s Assembly, was dissolved.

“It is a constitutional principle that bills passed by a parliamentary body then signed into law by the head of state remain in place as laws even if that parliamentary body is dissolved,” Ali told Daily News Egypt after the trial.

Ali said he believed it is within Morsy’s powers to form a new assembly if the current one is dissolved but that the president should not just pick the same members again, because it would “decrease the value of a judicial ruling.”

As part of a constitutional decree issued on 12 August, Morsy granted himself the right to form a new Constituent Assembly if the current one is dissolved. The power had earlier belonged to the Supreme Council of the Armed Forces following the initial dissolution of the People’s Assembly.

Constituent Assembly chairman, Hossam El-Gheriany, told media on Monday that if the assembly was dissolved, Morsy would simply pick the same members again and they would carry on with their draft.

Fatma Abdel Rahman was also one of the people protesting against the Constituent Assembly. She held a sign reading, “down with the underage marriage assembly.”

“I am against this Constituent Assembly that wants to allow the marriage of underage girls,” she said. “This assembly is taking away the women’s rights and freedoms that we fought for years for. We fought during [former President Hosni] Mubarak’s time and were imprisoned for these rights and now they want to take them.”

Abdel Rahman went on to list some rights the feminist movement in Egypt were able to secure, including the right to independent travel and the right to Egyptian citizenship for those with Egyptian mothers.

“They want to take us back to the age of the harem. They keep saying that everything has to be ‘without opposition to God’s law’ well what does that mean? I don’t cover my hair. Is that going to be a crime?”

She added that if the Constituent Assembly is dissolved and Morsy reinstates the same members in the new one, she and “the women of Egypt” will “resist” because “Egypt has to remain a civil state.”

“The constitution is meant to be for the benefit of every citizen, not the political majority.”