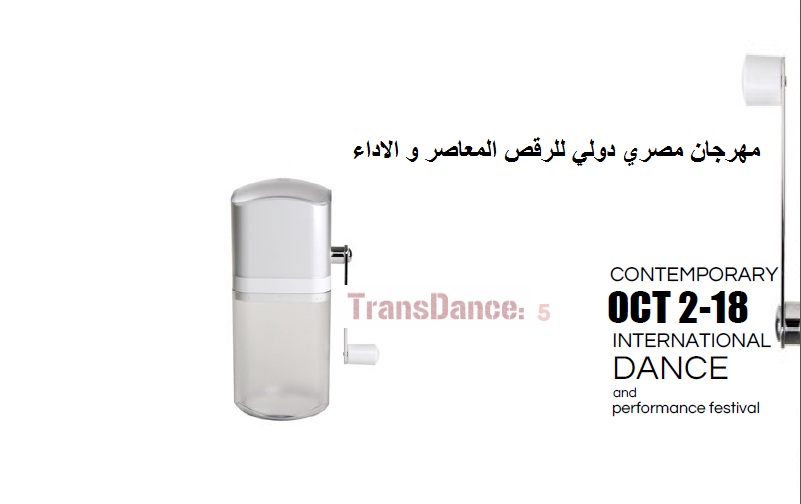 Tonight the TransDance Festival for Contemporary Dance, Choreography, and Performance will open the Cairo part of its 2012 programme. Taking place in different venues all over Cairo and encompassing a variety of disciplines, TransDance is the only international dance festival that will be held in Egypt this year and has put together an impressive lineup of performances, workshops, films and discussions.

“The central idea of the festival is to explore our bodies as sites of documentation and considering using different art forms as documents,” Adham Hafez, the director of the festival said. “Why not use a performance, a sculpture, a film or installation as a means to document?”  When asked what prompted the idea of approaching documentation from a different angle, Hafez explained that there were three different factors that contributed.

“We, Egyptians and Arabs in general, have a long tradition of oral documentation. Given our political history and the effects this had on the content of our books and other publications, we tend to trust the stories our family members share and their personal memories more than what history books tell us,” Hafez said. The second event that contributed to inspire this year’s theme was the burning of the Scientific Institute. Being part of the organisation that attempted to salvage the books that were not too badly damaged, Hafez realised that “documents can disappear from one day to the next. Maybe it is time to start using other ways to document.” Hafez cited the “over-documentation of the revolution and its aftermath,” as the last reason for choosing this year’s theme. “Maybe we should think about what, as well as how we document,” he said.

An open call for participants generated a lot of interest and artists worldwide contacted TransDance inquiring about cooperating in the festival.

Over 30 international artists will be partaking in the festival in Cairo and TransDance has opted to use unconventional venues. “None of the pieces from the festival are conventional, so in that way it fits,” Hafez said. “I also believe that dance needs to be taken out of the standard theatres and brought to the public. I hope that by making this choice we will create a space where artists from different backgrounds will collaborate.”

A second reason to go beyond traditional stages is political. “The state-run venues have strict rules and a problematic infrastructure that is hard to reconcile with artistic expression. Artists should find alternatives to perform, exhibit or share their art, as a subtle critique of the restrictions they would have to deal with in the normal venues.”

Hafez feels that it is the perfect time for this year’s theme. “Dance is a form of political resistance. With all the discussions regarding gender and physicality in Egypt these days I feel it is the best time to discuss using the body as a document. In many ways people already are – for a torture victim his body is the documentation of what happened to him.”

TransDance promises to surprise and inspire, and features performances, video and audio installations, film, and a closed panel session on “Politics, Policy and Production.” After the festival concludes in Cairo, it will travel to Alexandria, Minya, Marseilles, Brussels and New York.

All performances, film, exhibitions and events during the festival are free of charge.