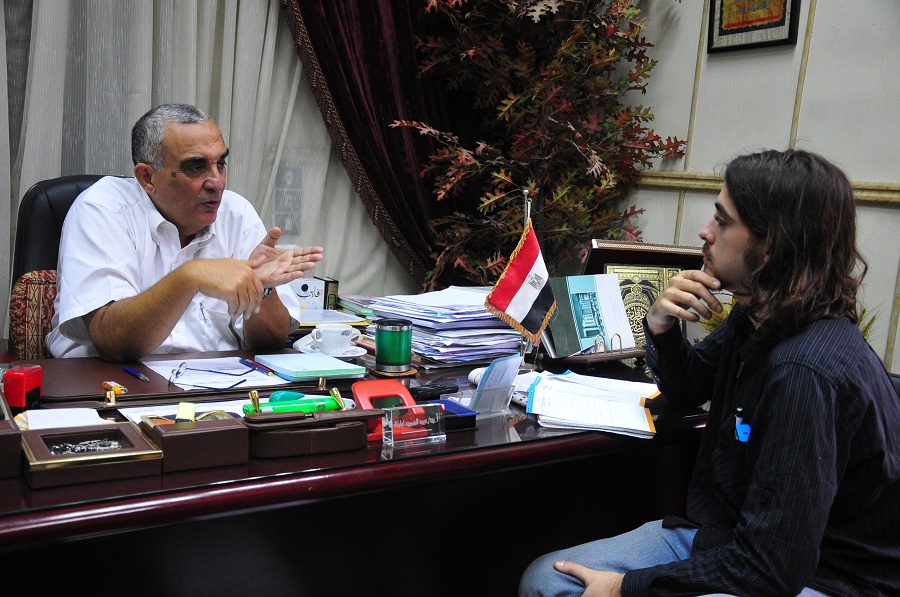 Egypt’s Ministry of Health is unveiling the new universal healthcare law which will provide every Egyptian with compulsory comprehensive health coverage. After years of complaints, in February the Parliament’s Health Committee reported 65 per cent of Egyptians were unhappy with the country’s national health insurance scheme, so there will be high expectations of the health minister. The new law will supplant the current healthcare system once the final points of the law are finalised and the law itself is accepted by the government.

Doctor Abdel Hamid Omar Abaza, assistant to the Minister of Health and Population, spoke to the Daily News Egypt. The health bill will be a public scheme aimed at providing full coverage for every Egyptian citizen in need of emergency medical assistance and will be enforced through severe penalties which include heavy monetary fines and/or imprisonment, depending on the infraction.

Thank you for meeting me today Dr Abaza. How do you feel this new health insurance law will improve the health sector?

It will improve the health sector because it will cover all Egyptians. It will be under the control of a new committee which is going to contract with all the people working in the medical field, be they public or private. There will be a separation between those providing the service and those controlling and covering the service. This separation is going to make the follow-up and the checking of the medical service on a very high level because right now the group providing the service is also the group monitoring the service, which is of course not very correct.

There have been rumours that the ministry may privatise health insurance-

Not at all, whoever said so did not read the law because this new organisation which is going to be added is a public organisation and will be under the control of his Excellency the Prime minister. So no, there will be no privatisation.

How will this law cater for the Egyptians that cannot afford to pay for the insurance?

There will be no increase in costs for anyone. On the contrary, the poor people will be covered by the government. The government will take over around 20 or 30 percent of the population who are unable to pay the cost, so there is no burden on the poor.

Will this health insurance be mandatory?

It is mandatory. Even if you have, and this is a very crucial point, a private insurance you may go with your private insurance but you have to pay the public insurance as a way of covering for the poor people. At this moment in time we are against an opt out option.

So if you still have your own private health insurance, can you make use of the new mandatory insurance?

Yes you can make use of both.

And regards to medicine; There have been complaints that local pharmaceuticals have a hard time competing against their overseas counter-parts and so medicine is often too expensive for many Egyptians living below the poverty line. Will this new health insurance law tackle this issue?

Yes of course as I mentioned before the government will pay for the poor and the medicine in Egypt is the cheapest in the world. Many people from Arab countries come to Egypt to buy their medication and take it back to their country. So we already have a very cheap medical system, but at the same time we are going to push the governmental companies to increase the number of medicines available and will be prescribed by its scientific name, not by the trade name, which will help a lot in reducing the price of medicine.

In regards to private insurance, people are welcome to do that.

Are there any plans in cooperating with international organisations to improve the quality of healthcare in Egypt?

At this moment we don’t have such plans but as soon as the medical insurance law is issued and applied we can cooperate with international groups to be involved inside this insurance.

Does this new law make any mention of people with special needs?

But how will the most destitute, those who have no homes and no identification, benefit from this law?

The Ministry of Social Solidarity has a list of these families, and they will be covered by the government. They will be given an insurance card which they can use at the hospitals.

You mentioned earlier that the health insurance law will be very comprehensive. What sort of treatment will the law cover?

The law covers all forms of treatment except vaccinations and primary healthcare which is by law the responsibility of the Ministry.

Once the law is enacted, will it be implemented in Cairo first and spread from there, or will the Ministry apply it everywhere simultaneously?

It will be applied everywhere.

Are there any long-term plans to expand the medical services provided by the ministry of health?

We have a long-term plan of course, but at this moment in time we don’t have the budget to hire new employees. When things improve on the general level we can expand.

So many people in Egypt also work outside of the formal sector receiving cash money, such as those in the tourism industry, and so there is very little record of their earnings. How will these people deal with being covered under the health-care if they don’t have a salary?

But what of those that do not belong to a syndicate?

This is one of the main problems we are facing but at this moment a group of people who do not have a syndicate or a body that represents them does not exceed ten percent, so it is not a big deal. We will depend on them to come to us to pay for them.

Will this also cover drug abuse?

Addiction and drug abuse is not covered by the health insurance law.