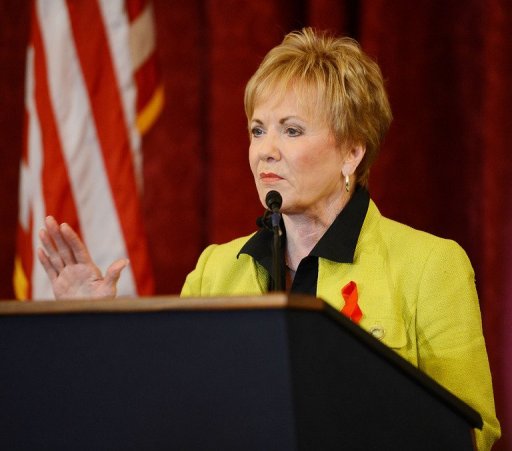 The US state department challenged congress over the stalling of $450 million in aid that was slated to be pumped into Egypt’s budget.

Last week Congresswoman Kay Granger put a “hold” on the money promised to Egypt, citing concerns with the US-Egypt relationship. Granger is head of the appropriations subcommittee on state and foreign operations in the US Senate, enabling her to halt the transfer, potentially indefinitely.

A state department spokesperson, Victoria Nuland, said, “we are obviously going to have to work with the Congress in the coming days and weeks to explain why we think this money is so essential at a time of almost US$12 billion budget gap in Egypt, why we think supporting the democratic trajectory of Egypt in a phased way is in US interests, because we obviously firmly do. And we will continue to work with the Congress on that.”

Nuland serves in the executive branch, headed by President Barack Obama and filled primarily with members of the Democrat Party. In contrast, Granger is a member of the House of Representatives, where the Republican Party holds a majority. The faceoff over Egypt points to the shadow of the upcoming American elections, but also to ideological divides over how to deal with a Middle East in transition.

Republican presidential candidate Mitt Romney on Sunday wrote a scathing op-ed for the Wall Street Journal, one of the most widely read newspapers in the US. In it he equates the Freedom and Justice Party’s electoral victories with the killing in Syria, the attack on the Libyan embassy, and Iran’s pursuit of nuclear weapons.  Those events contribute to what Romney labelled “disturbing developments … sweeping across the greater Middle East.”

The Republican candidate takes an equivocal stance on the Arab Spring, writing that it “presented an opportunity to help move millions of people from oppression to freedom. But it also presented grave risks. We needed a strategy for success, but the president offered none.”

At least in Egypt’s case, Obama did present a plan to prop up Egypt’s economy. The US$450 million currently being held up in congress is part of US$1 billion in debt relief that was offered in that plan, issued in May of last year.

Nuland confirmed that the current money under debate is outside the yearly aid that the US gives to Egypt, and was instead part of the American plan to respond to the Arab Spring.

It will take time for congress and the executive to bridge their differences on the Egyptian aid because the legislative body is presently in recess. Nuland stated, “we’ll have some people [at Congress] talking to the staffs of some of the members who had concerns, explaining how this money would be used, explaining the commitments that we have and the understandings we have with the government of Egypt to try to allay the concerns so the money can go forward.”