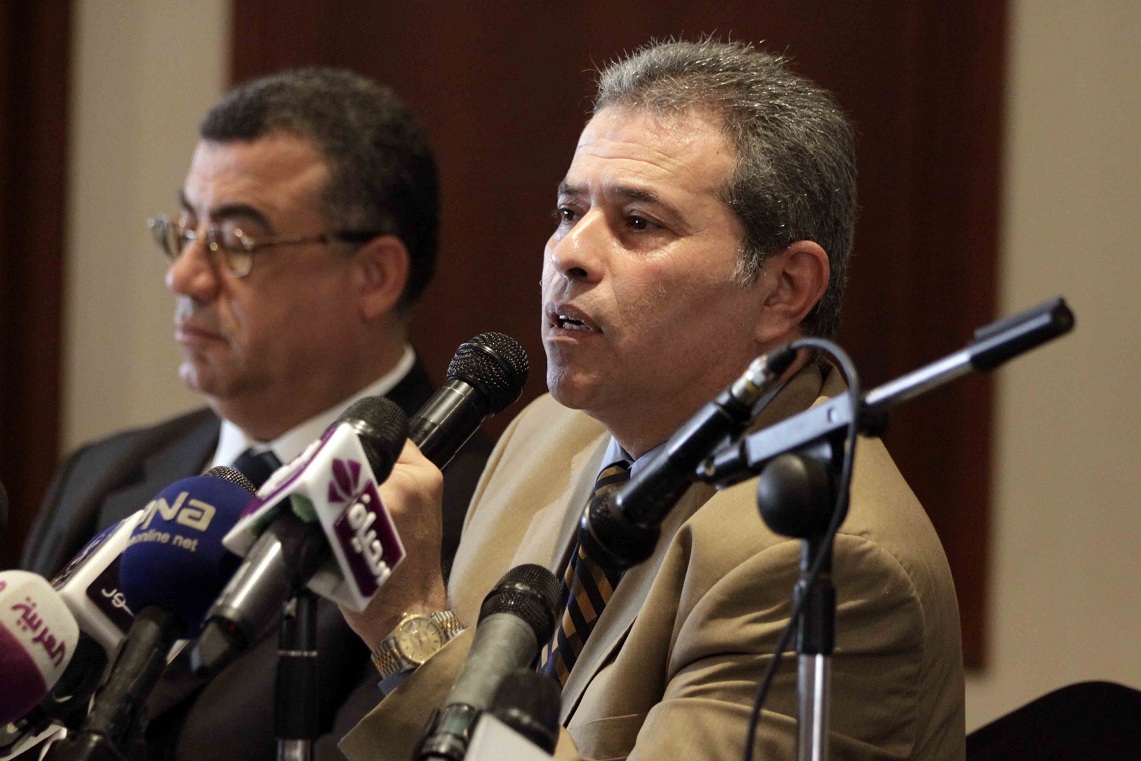 The South Cairo Criminal Court has adjourned the trial of Tawfeq Okasha, controversial TV Anchor and founder of Al-Fara’een channel, until 7 November 2012.

During the session the court refused the civil suits demanding financial compensation from Okasha, there will now be further opportunity for witnesses’ testimonies to be reviewed and a criminal investigation. The refusal of the civil suits was welcomed by Okasha’ supporters, who attended in large numbers.

The lawsuit filed against Okasha is facing charges of incitement to murder President Mohamed Morsy and insulting him.

Amr Emam, a human rights lawyer, explained that the constitutional decree, declared by President Morsy on 12 August, failed to dissolve the crime of “insulting the president,” found in article 179 of the penal code. The charge carries a possible sentence of between 24 hours and three years in prison.

“This article contradicts the very basic principles of freedom of expression and opinion.” Said Emam.

“The article allows different interpretations of the term ‘insult’, which allows charging anyone discussing the president’s decisions or actions. This is not what we sacrificed for.” Added Emam.

The session started at 11 am, when Okasha stood alongside his lawyers, outside the court cell.

Okasha’s lawyers said that the lawsuit was filed by seven people; they read their names and demanded to hear their testimonies. Moreover, they added the plaintiffs have no presidential authorisation to act on his behalf; this statement started the arguments that ended the session ten minutes after its start.

The lawsuit against Okasha stemmed from comments made on his TV channel, Al-Fara’een, when he said that Morsy is not the legitimate president of Egypt and killing him would be justified.

The initial hearing, held on 1 September, was postponed to 3 October before this latest postponement.